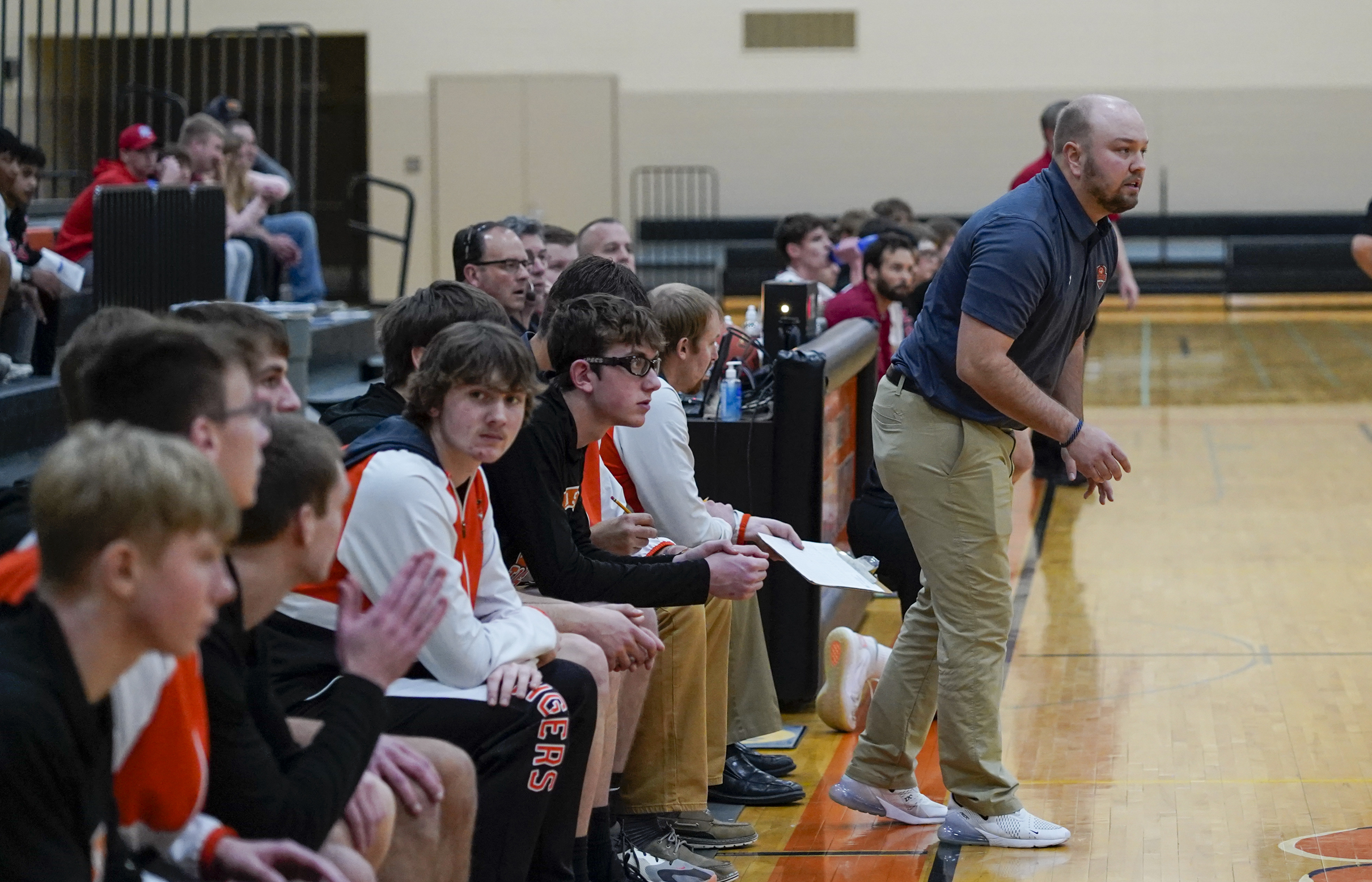 The Tigers scored the first five points of the game and had an 11-0 run before taking a 22-19 lead at half. Freshman Riley Asmus led Tiger scorers with nine points in the half. Tyler Berlinger added five points.

Matt Arndt had nine for the Eagles, who also got six from Kaden Molden.

This was the first game with the new shot clock in place, which came into play a few times on both sides of the ball.

“Shot clock was fun to use. It really only affected the game a couple times,” first-year Tiger coach Jacob Torgerson said.

Out of the half, Morris/C-A jumped out to a 11-2 run thanks to five straight points from Owen Anderson. Out of an Eagles time out, LQPV went on an 11-3 of its own thanks to nine points by Kaden Molden, who hit back-to-back threes around the 6:30 mark in the second half.

“Obviously in the first game there were a few butterflies for everyone, but it was more of an excitement than anything,” Torgerson said.

Drew Storck connected on a short shot near the hoop and Drew Huebner added two from the charity stripe to ice the game for the Tigers with under a minute left.

“Our kids love to play fast, which is great, but I always say, play fast but still under control,” Torgerson said of the Tigers, who got a little out of sorts on offense occasionally in the game. “It will be important that we grow as a team offensively, to value the basketball and have quality possessions each time down the floor.”

Molden led all scorers with 17 points for the Eagles, who also got 12 from Arndt.

The Tigers had a balanced attack by getting 11 each from Riley Asmus and Kyle Fehr and 10 from Tyler Berlinger. Owen Anderson added seven and Drew Storck had five in the game.

“Stats wise, we had contributions offensively and defensively from lots of guys. Our leading scorers were really balanced, so that was good to see,” Torgerson said.

The Tigers, 1-0, will open up the West Central Conference season with a home game against Melrose Tuesday, Dec. 6 and close out the week by hosting a boys/girls doubleheader against West Central Area Friday, Dec. 9, in Morris.