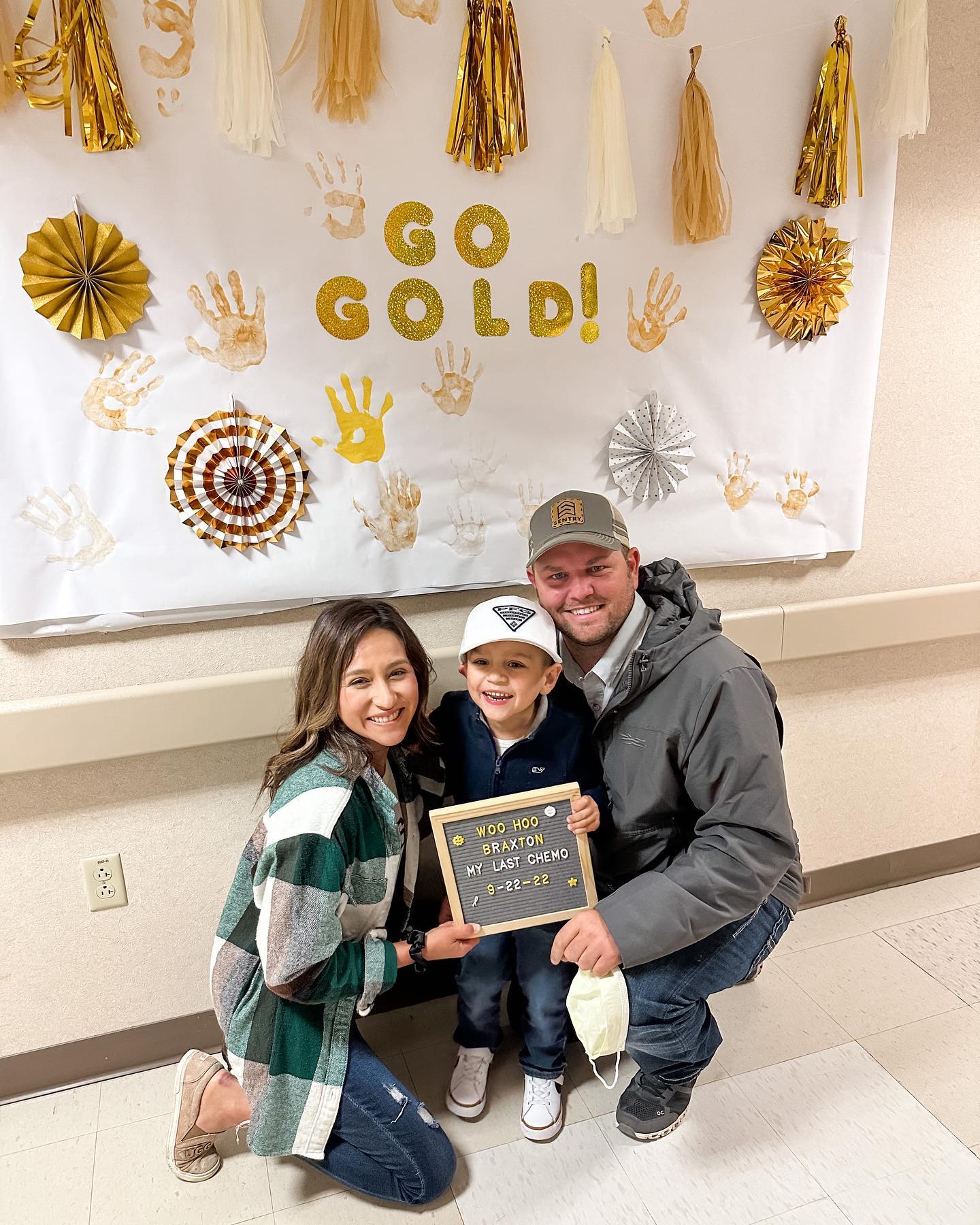 It was more than just a tummy ache. When four year old Braxton Beyer complained that his stomach hurt, his parents, Mac and Xochil Beyer of Morris, reacted like most parents. They thought he had picked up a bug and gave him time to get over it.

However, Braxton continued to complain about the pain and his parents grew more concerned. One day Xochil noticed a lump on Braxton’s tummy. She decided to contact his doctor to ask about it. She sent him a message and he responded that he wanted to see him.

Mac and Xochil took Braxton to see Dr. Paul Kietzmann in Alexandria on March 11. What some thought was constipation, Xochil knew was not the case. Dr. Kietzmann told them that they would not be leaving until he got to the bottom of it.

After an exam, Braxton was sent to have an ultrasound. The Beyer’s watched the faces of the technicians but could not see any expression either way. They gave Braxton a sucker for being so good and Xochil thought, ‘that is a good sign.’

It wasn’t. Dr. Kietzmann came into the office and told them “this is not good.” The ultrasound showed a 16 centimeter mass on his kidney. He would be referring Braxton to Sanford Health in Fargo immediately. He then did something very out of character for a doctor. He gave Xochil a rosary to keep with her during the fight he knew Braxton would be taking on. Every time thereafter that Braxton had a treatment, she held that rosary and prayed.

Dr. Kietzmann set up everything for the trip to Fargo. Mac and Xochil contacted family members to help with their other two sons, Grayson and Crew. Xochil recalls calling her sisters to inform them of the news and remembers feeling as if she could not breathe.

At 11:45 p.m. that night Braxton had a CT scan. The news after that scan was even more devastating. They told them that the lymph nodes, other kidney and lung were also affected. They were then referred to Dr. Kirk Wyatt, a Pediatric Oncology Specialist at Sanford Health. He explained what would soon become a months-long treatment with radiation, chemotherapy and surgery.

Dr. Wyatt eventually referred them to the Mayo Clinic in Rochester for further treatment. Xochil stated that the staff at Mayo was so knowledgeable and assured them that they had seen cases that were worse.

Braxton’s first round of treatment included six days of radiation for which he was put under. A port was installed in his chest for access for the chemotherapy. At first Braxton didn’t notice the port but eventually he felt the lump and asked what it was for.

His parents told him that he would need to be brave and from then on every bad thing that he endured was his “Brave” including the scars on his tiny stomach.

Braxton’s first chemo treatment was on March 13 which started 25 weeks of chemotherapy. Xochil said that God was good to Braxton as he had very minimal side effects from the therapy. They did have to be more cautious about him catching a cold as his immune system was compromised.

As well as chemo, Braxton underwent surgery in Rochester to remove the tumors on his kidneys and lymph nodes.  Xochil explained that the doctors at Mayo built a 3D model of Braxton’s kidneys and the tumor and practiced on the model before and removed pieces from it as they went through the surgery. Braxton now proudly displays the several inch long scar that he calls his ‘brave.”

Xochil stated that during these long weeks of traveling back and forth to Rochester, her family and friends have helped so much. Her parents, Antonio and Maribel Mendez were living in Arizona when she gave them the news and they immediately came to Morris to help. Mac’s parents, Jamie and Joe Beyer, are always ready to help. In fact, Jamie, who is a hairdresser, shaved her own head when Braxton started to lose his hair. She even let Braxton man the razor for her haircut.

The community has been wonderful, Xochil said. She is constantly getting cards of and gifts for Braxton. Pizza Ranch held a tip night for them that ran a full day. It was great as they got to see many come out and show their support for our son. Mac works at Riverview Dairy and his employer has been great about giving him time off as needed. They have felt the many prayers that people are sending up on behalf of Braxton.

On September 22 Braxton had his final chemo treatment. The family celebrated with a gold ribbon party and lots of cake. They will now wait two weeks before doing a scan which will be done regularly over the next few years.

“Thank you for praying,” Xochil said. “The prayers from the Morris and Hancock communities kept us pushing forward.”

But if you ask Braxton who helped make him better he will unconditionally tell you “Jesus healed me.” Even though he was very brave, Braxton had a little more help in his fight with cancer.