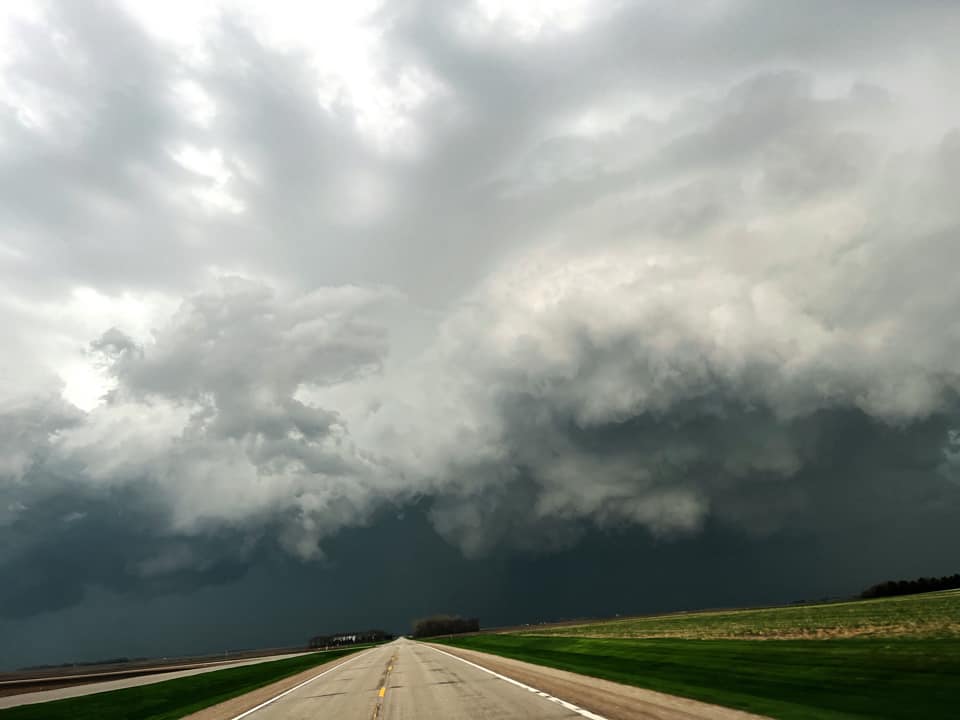 “We are getting it figured out,” is how Morris City Manager Blaine Hill described the aftermath of a major storm on May 12. “The storm response was awesome, which is the number one thing that we plan for.”

Hill brought up the storm and resulting damage at the City Council meeting on May 24. He told the council members that everyone was surprised at the extent of the storm but the public response was good. He also praised the city employees who have stepped up to clean-up, repair and even plan ahead in case another storm hits.

Hill reported on the damage that affected city owned property. He said that when the storm hit and the power went out, the city faced a problem with the sanitary sewer lift stations. Without power, the wastewater had to be pumped into the storm sewer system and then out of the plant directly into the river. This is acceptable under Minnesota Pollution Control Agency rules and requires ongoing testing of the discharge.

Hill suggested applying for two generators from the DNR for future disaster preparedness. The cost for the 60 kW is $1,750 and the 30 kW is $1,500. The council members felt this was a bargain compared to what you pay over the counter for smaller generators. They approved the purchase.

Hill went on to list some of the other damages. He said the Fire Hall had major damage to the roof which resulted in water damage in the interior. Green River Park had roof damage on the picnic shelter. Bathroom and picnic shelter had some soffit and flashing damage.

The wastewater plant had major roof damage and lost the generator. Chizek Field had soffit and flashing damage and damage to the portable batting cage.

Wells Park had batting cage frames damage. The airport had major damage to the main hangar by the arrival/departure building. There were 78 trees damaged on city property, 49 had to be removed and 29 are damaged and need to be either trimmed or taken down. There are 13 stumps left that have to be dealt with. One solar panel was damaged on the Community Center roof and is being replaced.

Hill is gathering insurance information to see what is covered. In some areas a vendor may be hired so insurance can pay them. Insurance will also pay for the repair of the wastewater generator and solar panel.

Even as the city discussed the lost trees, the Morris Tree Board was planting several trees through a grant they received. The majority of these were along the boulevard across from the new school bus garage and tennis court.

Hill told the council that he would like to look into some policies or recommendations when it comes to planting new trees. This would be primarily to keep trees away from power lines which was one of the main reasons there was an extended power outage.

He would also like to have a discussion on what to do with cut trees if another event such as this happens. After going through a disaster such as this, it is a good thing to review what worked and what did not work for future planning. One of the lessons learned was that the communication went out. The city lost power and communicating with employees was difficult. However, the public works radio system was up and working.

One question people have asked is why solar energy was not being used. Hill told the council members that you can’t use solar production when the power is out. The reason is because they are interconnected with the power system and would be pumping solar energy into lines that are not working. He said that in the future they are looking at a battery storage system to use the excess that is generated which could gain a few hours of power.