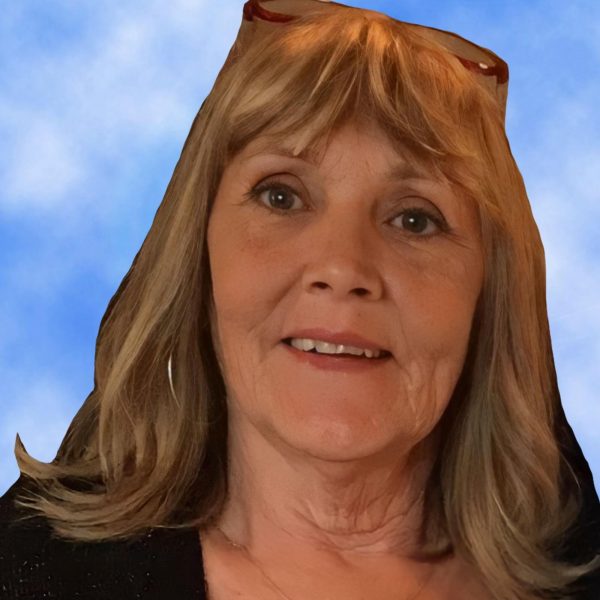 Debra Jean Daniels-Klyve, age 68, passed away peacefully in her home on September 9th, 2022.
Debbie was the third of seven siblings, born on November 15th, 1953, in Glencoe, MN to Joyce and Beryl Rising. At 9 months old she moved to Sebeka, MN where she would live until graduating high school in 1971.

After high school Debbie got a job as a ski instructor and fill-in food and beverage employee in Keystone, CO. She spent her off time singing karaoke with friends, a pastime that she continued to enjoy throughout her life.

She met her first husband, Dan Daniels, at a party in Staples, MN. The two hit it off and were married on June 1st, 1974, at Sebeka Methodist Church. The couple moved to Norfolk, VA until Dan was deployed with the U.S. Navy.

While Dan was away, Debbie moved back to Sebeka and gave birth to their first son, Bradley. Dan returned and the family moved to Jacksonville, FL until Dan was once again deployed.

Debbie then moved back to MN and stayed with her aunt Fern, giving birth to their second son, Chris.

Shortly after returning from his last deployment, Dan was diagnosed with Hodgkin’s Lymphoma. The couple settled in the twin cities area and raised their kids. Over this time Debbie held many jobs, from inspecting PC boards at Univac to credit managing at Kohler & Dramm. On weekends she would take her crafting projects to craft fairs, selling flower arrangements, needlepoint work, wreaths, and baby clothes among other items.

Debbie and Dan celebrated their first born son, Bradley’s wedding to Tina on September 23, 1995. Shortly after that, Dan succumbed to his long, hard battle with cancer. On August 31, 1996, Debbie celebrated the marriage of her son Chris to his wife, Dawn.

On her birthday in 2003, Debbie met Bill Klyve while sipping coffee and singing karaoke at the bar in Sebeka. Bill asked to see her again, Debbie wasn’t sure. She needed to do some investigating to see who this Bill Klyve from Ottertail Power really was. She called her friend Nancy who worked in the HR department at Ottertail. Nancy said he was a great guy and star employee. Debbie decided she would in fact go on a date with Bill Klyve but only if he would drive to her part of the cities. Bill agreed and that’s where their love story started. They were married on January 20th, 2011, at the Methodist Church in Herman, MN. She was beyond grateful to have met, loved, and been loved by not one, but two “really great guys” over the course of her life.

Debbie loved to travel, whether it be by airplane or RV. In December of 2021 she traveled to California, giving her time to gather her thoughts and end her travels at her favorite place, the ocean.

Her favorite part of life was her children and her grandchildren, but mostly her grandchildren because she could “just hand them $50 bills.” Famous Debbie quotes include, but are not limited to:

“Get your poop in a group.”

“Move along. You bother me.”

“What in the hairy bird are you doing?”

“I love you today”

“Have you hugged your kid today? Did you send him on his way? Did you give him love?”

She leaves behind husband Bill Klyve, sons Bradley and Chris, bonus children Dawn, Dominic, Allyson, Danika, and Matt, grandchildren Danny, Logan, Gage, Emily, Allison, Liam, Emery, and Sloan, great grandchildren Camdyn and Kinsley, siblings Scott, Jill, Joel, John, and Jeff, and more nieces, nephews, and great nieces and nephews than she could count to carry on her legacy while she enjoys the spoils of heaven.