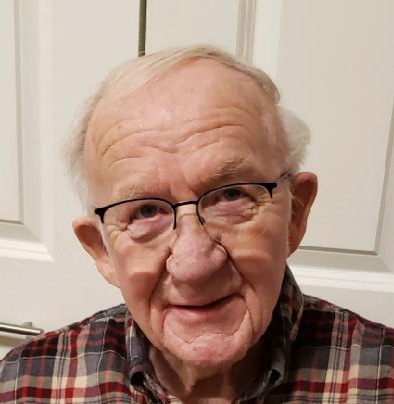 This is the story of Delroy Peter “Pete” Mathison.  He was loved, is missed and will always be cherished.  His story begins on July 15, 1937, when he was the youngest child born to Emma (Erickson) and Thore Mathison in the Morris, MN hospital.  His twin was born still.  He weighed just 4 lbs. and went home in a shoe box.  He was baptized twice in the hospital by the nuns and then a priest because of his small size  He received his sacrament of holy baptism at the Reque Lutheran Church in rural Alberta,  MN  He attended grade school and high school in Alberta, MN where he excelled in sports.  He was the captain of the basketball and baseball team. He was confirmed at Trinity Lutheran Church, in Alberta, MN. He graduated from Alberta high school in 1955.  After high school, Pete began working at the Grain Terminal Association (GTA) elevator in Alberta, MN.  In 1958 when Elizabeth (Torgelson) attended a dance with one of Dad’s high school classmates while home from Moorhead State University for the weekend, Liz and Pete met. Pete was wearing bright orange socks. In 1959 Pete served in the Minnesota Army National Guard until his honorable discharge in 1965.

Pete and Liz were married on July 30, 1960, at Big Bend Lutheran Church in rural Milan, MN. To their union was born Karen in 1965 and Larry in 1967. He was a wonderful father who rarely missed attending their concerts, games, etc. and made sure they attended church, Sunday school, and confirmation classes. He and Liz were welcoming hosts when Karen’s or Larry’s friends were at the house, and he didn’t need to be asked twice to come out for a game of basketball in the driveway.

In 1969 with a promotion to Field Representative with GTA and they moved to Garrison, ND.  Pete was active in Jaycees and enjoyed bowling and playing horseshoes. His bowling team success resulted in many trophies.  Fishing on Lake Sakakawea became a fun family hobby. Many trips were made to show off the Garrison Dam and Medora to visitors from MN.

In 1973 another promotion with GTA led to a move to Minot, ND. This was short-lived as within a year Pete and family were heading to Shoreview, MN where Pete would work in the headquarters of GTA.  In 1975, the family moved back to Minot where Pete built and enjoyed his 3-tier garden and all of the vegetables, strawberries and raspberries it produced. Pete got into woodworking and camping with the family to Colorado, Montana, Minnesota, California, and Canada. Pete was active with Christ Lutheran Church serving on church council. Tuesday afternoons meant golfing at Men’s Day at the Minot Country Club and Pete got a hole-in-one in 1987.

In the fall of 1987, Pete and Liz moved to Big Floyd Lake in rural Detroit Lakes, MN to live year around on Big Floyd Lake.  Here they were the adopt-a-highway sponsors for 3 miles of road near their home for years.  Pete was active in First Lutheran Church, the American Legion and Sons of Norway.  Pete was active on the Floyd Shores Association and host of the kids’ fishing derby for many years over the 4th of July.  Pete also served as a board member for the Frog Lake Cemetery Association. Pete loved watching the MN Gophers, MN Twins, and MN Vikings and following high school and college football and basketball.

Pete so enjoyed driving across North Dakota, eastern Montana and western Minnesota throughout his career and visiting with grain elevators and local farmers. Across Pete’s career, he logged hundreds of thousands of miles. In 2001, Pete began in retirement. It was also the year Pete got the title of Grandpa to his first grandchild who lived just briefly but left a footprint on his heart forever. Pete and Liz enjoyed traveling to Arizona, Alaska, Caribbean, Mexico, up the pacific coast, Washington, DC. Chicago and New York City were special family trips. They made three separate trips to Norway to visit family.  At the core of who Pete was his family.  He so enjoyed doing genealogy and touring visiting Norwegian relatives across MN and to the Black Hills.   In 2003 his namesake, grandson Peter was born, and the following year granddaughter Emma was born.  Nothing brought more joy to Pete, than being a grandparent. Building snow forts, pulling them tubing behind the pontoon, catching sunfish in the fishing boats and dozens of games of Monopoly, Trouble, and 31.  He was the best wrapper of Christmas gifts and made the best homemade ice cream every Christmas.  Homemade fudge and making stew every fall along with several apple pies were favorites they enjoyed doing together.

In 2016, two additional grandchildren entered his life as his son Larry married Veronica.  Owen and Izaac brought great joy to Pete’s life and so did their dog, Ruby.

Loved ones that cleared the path home for Pete include his parents, Emma and Thore Mathison,  his brothers, Merle Mathison, Harvey Mathison, and Glen Mathison and infant twin brother born still and along his sister, Evelyn Raasch and sister-in-law, Marian Hanson and grandson, Joshua. Loved ones who will miss Pete until they meet again are his wife, Liz of 62 years, His daughter, Karen of Perrysburg, OH and her children, Peter and Emma, His son, Larry and wife, Veronica of St. Michael, MN and their children Owen and Izaac Westerman, brother-in-law Duane Hanson of Willmar, MN  along with many nieces, nephews, cousins, relatives in Norway and friends across the Midwest.

We would like to extend heartfelt gratitude to Willows Landing and Brighton Hospice who made Dad’s last days peaceful and comfortable.  Funeral services will be held on Monday, November 21, 2022, at 12 noon with visitation one hour prior at Trinity Lutheran Church in Alberta with interment at Frog Lake Cemetery in Rural Alberta, MN.

Memorials to honor Pete can be given to the Alzheimer’s Association – Minnesota-North Dakota Chapter (www.alz.org/mnnd) or First Lutheran Church, Detroit Lakes, MN