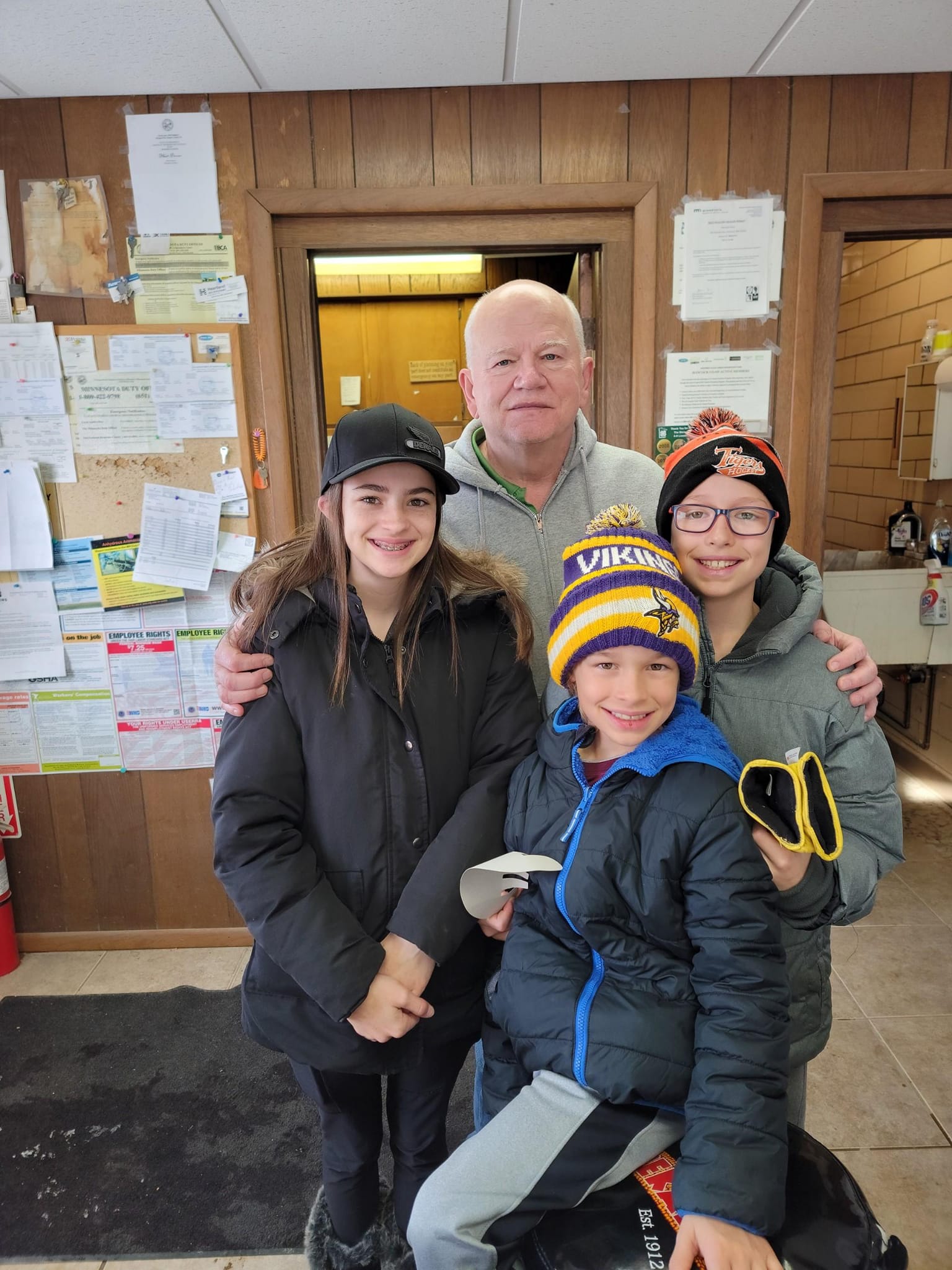 For 43 years Dennis Jepma has been a fixture at Hancock Co-op, most of them as either the bookkeeper or manager. He has now decided to retire from his management position, enjoy some free time, and perhaps just help out in the spring and fall if needed.

Jim Krogh was managing Hancock Co-op in 1979 when he hired Dennis as a feed truck driver and laborer. Dennis had just returned to Hancock after working in Florida where he worked at Palmer Electric for a few years. He was a 1974 Hancock High School graduate so moving back was like coming home.

After driving the feed truck for several years, the new manager at Hancock Co-op, Craig Swenson, hired Dennis to do bookkeeping work. He worked as the bookkeeper until 2006 when he was promoted to manager. He has held that position ever since.

Dennis has seen a lot of changes in the industry and worked through many remodeling projects. In the seed business he stated that you now see more hybrid seed. The old elevator used to be a place where they would grind feed to haul out to area farms. That is no longer done and the old elevator was torn down a few years ago. The equipment has gotten bigger and can do more.

Some of the larger projects at the elevator site include a new scale room, seed shed and fertilizer tower. Dennis also oversees some of the work at the Hancock Co-op Gas Station where Mark Holleman has been the manager for 25 years. Holleman will now move up and assume the management roles of both locations.

Dennis plans to enjoy some of his favorite activities during retirement such as fishing and golfing. He will also be helping at the elevator where needed during the busy spring and fall seasons. Of course there will be more time for him to spend with his family including wife Carrie,  children Ryan, Matt, Jerrid, Brooke and Katelyn and grandchildren Ella, Michael and Brayden.

He has many people to thank for his 43 years at Hancock Co-op and at the top of that list was the patrons who have supported the business for so many years. He has also served under many different boards with members who have put their trust in him. He also thanks the many co-op employees for their dedicated service. And of course a thank you to the two managers he worked under. But most of all he thanked his family who supported him even when he was putting in a lot of extra hours on the job.