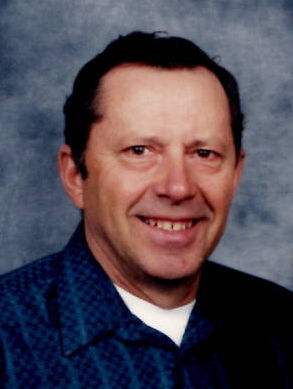 Memorial services for Dennis Neisius of Alberta, Minnesota, will be held Thursday, January 19, 2023, at 11:00 a.m. at First Lutheran Church in Morris, with Reverend Dan Belgum officiating.  Visitation will take place from 9:00 a.m. to 11:00 a.m. prior to the service at the church on Thursday.

Dennis James Neisius, son of Clifford and Marie (Polzine) Neisius, was born January 11, 1940 on a farm in Nobles County, near Slayton, Minnesota.  He grew up and attended country school until the 9th grade then moved to Worthington High School.  His family later moved to Westport, Minnesota, where he finished his education at Villard High School. He was united in marriage to Anita Pederson on July 21, 1958 at First Lutheran Church in Osakis, Minnesota.  Following their marriage, they lived in Westport for a short time before moving to Morris.  Denny began working at Stimmler Implement and later he and Anita owned and operated Hansen Implement. He changed the name to DJN Electric shortly after purchasing the business.  On September 1, 1970, they moved to their new home in the country, near Alberta, Minnesota.  Dennis and Anita worked until their retirement in 2005.  Following their retirement, Denny and Anita spent several winters in Arizona.  Dennis continued to live at his home near Alberta until the time of his death.

Dennis and Anita were very proud to have adopted their two children: Mark on July 21, 1969 and Heidi on March 8, 1972.  Dennis loved living in the country, hunting, fishing and camping at their site at Hobo Park.  He will be missed dearly by his friends and family.

Dennis passed away Sunday, January 8, 2023 at Essentia Health in Fargo, North Dakota.  He was 82 years old.

He is survived by his wife of 64 years: Anita Neisius of Alberta; two children: Mark Neisius of Mounds View and Heidi (Curt) Stark of Alexandria; one granddaughter: Paige Stark of Fargo; brothers-in-law: Ronald (Janet) Pederson of Oak Park and Richard Pederson of Osakis; sister-in-law: Sandra (Don) VanValkenburg of Alexandria and many nieces and nephews.  He was preceded in death by his parents; grandson: Payton Stark and sister: Berneva (Duane) Johnson.

Pedersen Funeral Home in Morris in care of the arrangements for Dennis. To send condolences to the family please visit www.pedersenfh.com.