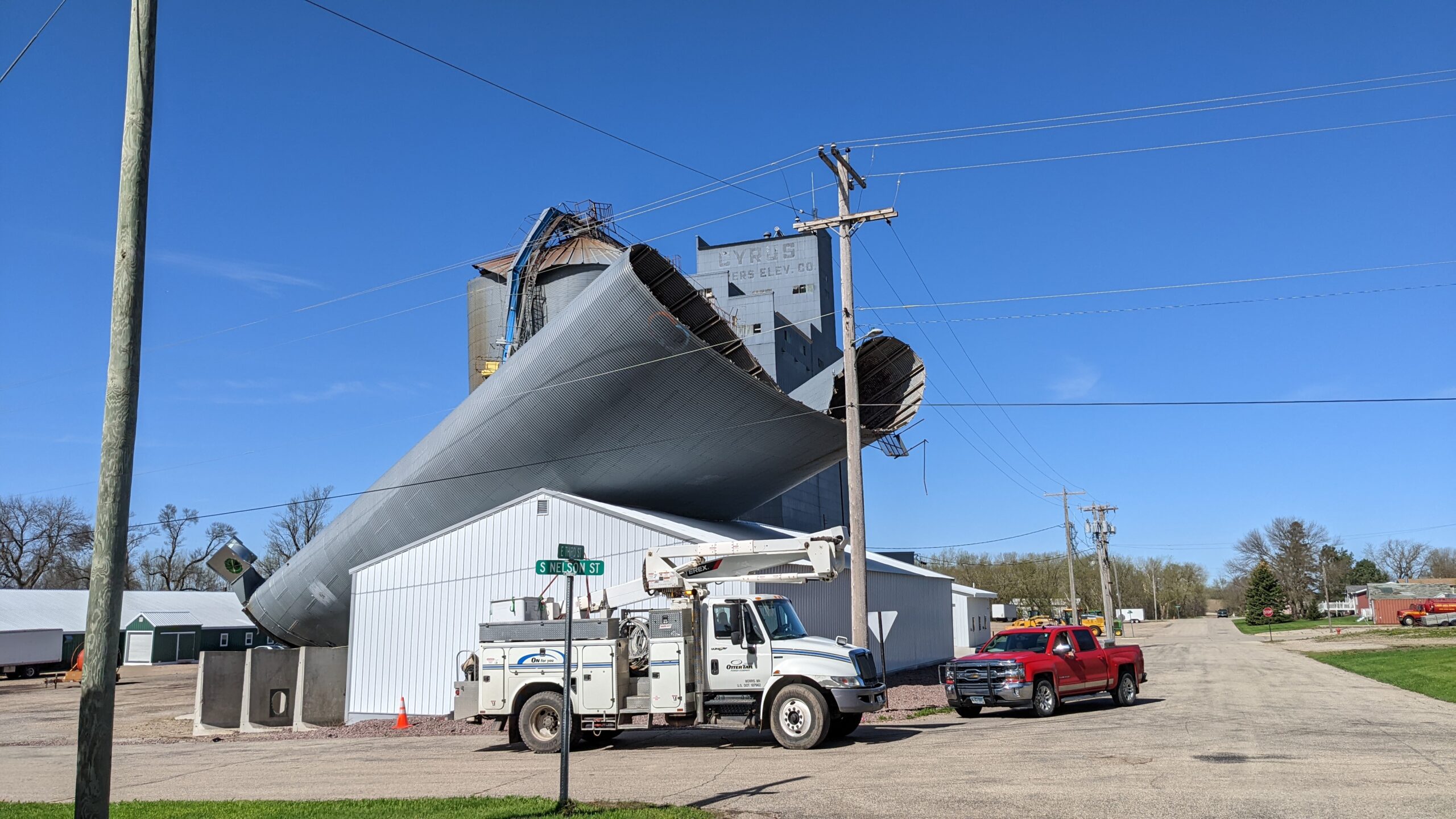 Thursday’s multiple storms that rolled across western and southwestern Minnesota last Thursday “formed in a volatile air mass, as record-breaking heat and humidity gripped areas from southern Minnesota on south and west,” according to the Department of Natural Resources Climate Journal reported.

However, the early morning storms were just a prelude to the much strong, destructive storms that would arrive in the evening.

“As the storms formed, the Storm Prediction Center issued an unusual ‘Particularly Dangerous Situation’ Watch for severe thunderstorms, highlighting the potential for wind gusts up to 105 mph. The storms delivered on this threat, with wind gusts reaching 107 and 102 mph in South Dakota,” according to the DNR.

“Within the area of (nearly) continuous 60 mph wind gusts, pockets of extreme winds, often well in excess of the 74 mph threshold used to define hurricanes, streaked northward and northeastward,” the DNR reported

National Weather Service measured gusts included 94 mph at Madison, 80 mph Artichoke, and 79 mph at Graceville. Winds were over 60 mph for more than 20 minutes in some areas.

“Stronger wind gusts almost certainly occurred in between wind sensors, and National Weather Service teams were surveying the damage and to understand the scope of the storms and the likely ranges of wind speeds,” the DNR reported.

At the eastern edge of Morris, powerlines were snapped off with their poles and lines draped across the Burlington Northern Santa Fe railroad tracks.

Riverview Dairy southeast of Morris had to move cows from a heavily damaged barn to another one on site for milking. Throughout the county there were numerous grain bins destroyed, sheds and pole barns wrecked. Houses and business had parts of their roofs torn off.

Morris Area Schools were called off, local governments office not open to the public and businesses closed due to no power. When power was restored to sections of Morris, it was intermittent at times, and then went out again.

Numerous trees are down throughout the area, some falling on top of houses. Ab0ut 90 percent of the trees uprooted were pines whose shallow roots, surrounded by water-saturated soils, couldn’t hold against the gale-force winds.

Deciduous trees – oaks, elms, maples and ash – also were uprooted or had limbs torn off. Some were probably saved due to their leaf canopies not being out yet.

Thursday’s storms also brought an additional 2 to 4 inches of rain to the area bringing total rainfall over the past 10 days to more than 7 inches in some areas. Fields are flooded and with each passing day farmers fall farther behind with the spring planting. Potentially, tens of thousands of acres are likely to go unplanted this spring unless there is an extended period of dry, warm weather that allows for fields to dry.

The accident occurred shortly after 8 p.m., between the storms that hit the area with destructive high winds and heavy rainfalls, according to the state patrol. Fifield, who was not wearing a helmet, was headed north toward Benson.

The Kandiyohi County Sheriff’s Office reported firemen and weather spotter Ryan Erickson, 63, of Lake Lillian died near Blomkest, south of Willmar, when a grain bin was blown over onto his vehicle at about 7 p.m.

The powerful winds also blew over semi-trucks on I-94 causing it to be closed.