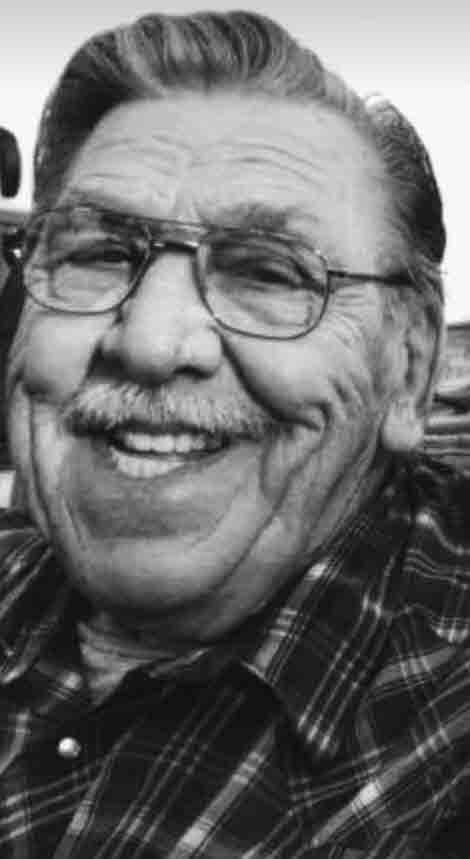 Elwood was born to Charles and Florence Sperr in Donnelly, Minnesota on April 4, 1939. He is the 10th child of twelve siblings.
He met the love of his life for 57 years Marcella. They were married September 26, 1959 at St. Peter’s Catholic Church in Richfield, Minnesota. They had 8 Children, Debbie, Steve, Earl, Melanie, Bernadette, Veronica, Charlie, and Shane.

Elwood (Woody) was known as a Legend, he was a great resource for parts and advice when it comes to early Harley Davidson motorcycles, & yes he was one of drag racing early pioneers racing Harley drag bikes that he built. Woody was a top runner at Minnesota Dragways and Twin Cities Drags trip through the 1960’s. He had a love for cars and fast motorcycles. He really enjoyed working on Harley Davidson Motorcycles. His favorite motorcycle was his 1961 Sportster he owned for about 20 years.

His first job was delivering newspapers which his siblings sometimes helped with. He also had a love for wood working. He worked at a furniture store called Homemakers Quild a very high end brand of furniture. The hard dedicated worker he was he stayed working here and also worked at Northern Pump what is now known as BAE where he made, ran and tested rocket launchers. He worked here a couple years. Then in 1961 to 1973 he worked at Minneapolis Moline he had a lot of different job duties. Then he went into the assembly portion for about 10 years where he installed front end loaders and backhoe’s on the tractor’s. While also working at Minneapolis Moline in 1967 he had his first store front business as one of the original owners of Drag Specialties. Then Minneapolis Moline closed down and Woody sold his part of ownership of Drag Specialties and went to work at Grain Belt from 1973 to 1976 till it closed and he went to Schmidt Brewery where he put up new equipment and put up all the beer lines. Then he received a call to go and work at Hamm’s Brewery.

In 1976 Elwood moved to Scandia, Minnesota where he purchased a 40 acre farm to open up his own custom motorcycle shop and raise his family of 8 children. The Shop was called Woody’s Chopper Shop – Wood’s Cycle Repair. He ran the motorcycle shop out of the garage until a shop was built on the farm. He farmed full time and operated the motorcycle shop full time, eventually selling the business and then the farm in 2003.