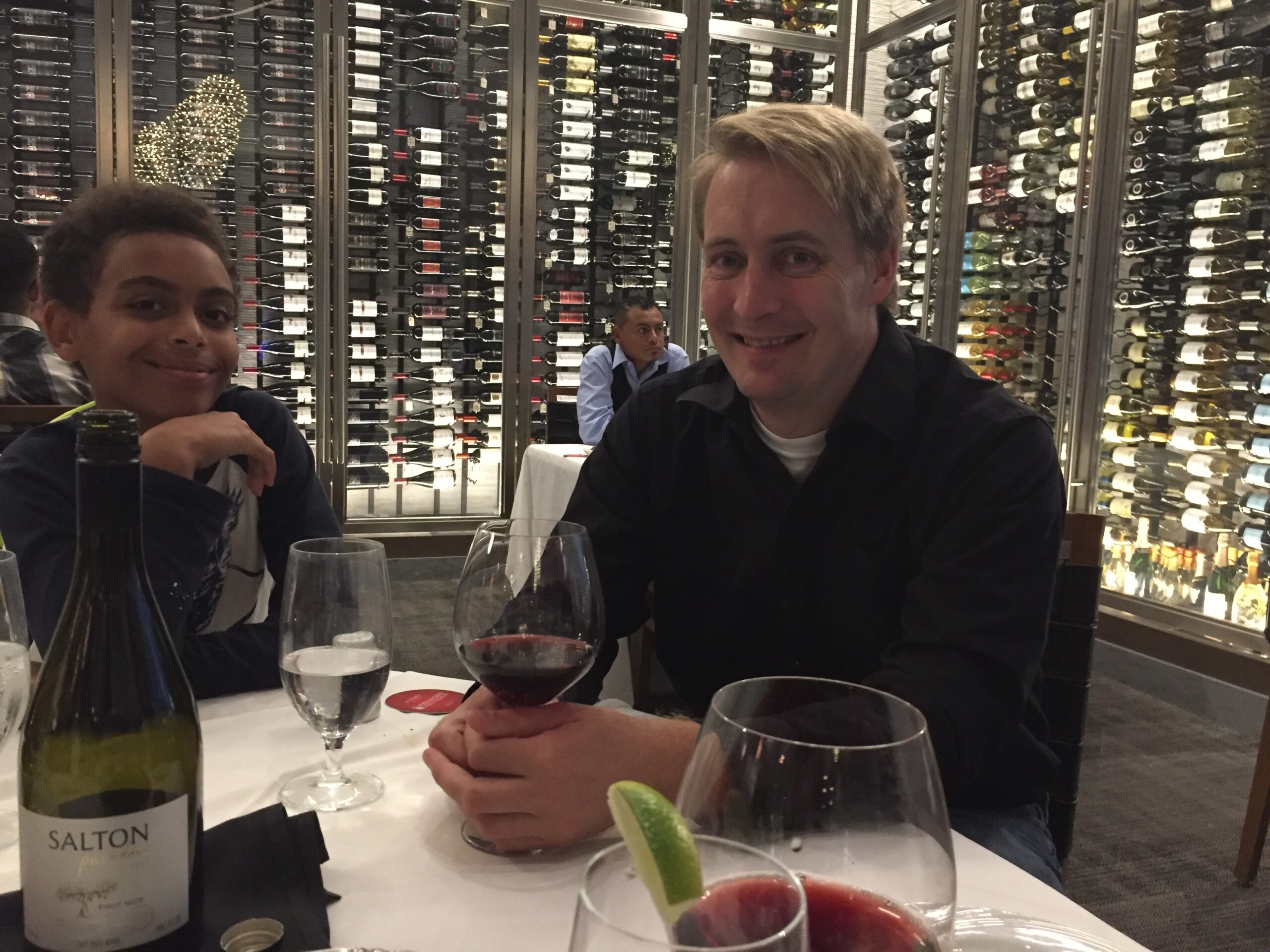 Erland Nils Herfindahl was born March 7, 1980 in Starbuck, MN , the son of Hege and Grant Herfindahl. He grew up on the family farm north of Benson. He loved the farm, where he cared for a lot of animals; chickens, turkeys and pigs. He was a sunny and happy child, easy to be around. Every summer he would join his family in Norway, so growing up, he was fluent in two languages.

Erland attended school in Benson and graduated from BHS in 1999. He was vivacious and fun to be with, so he had many friends. He was involved in theatre and sang in choir. After graduation, he took a trip to Europe with his friends.

Erland also loved working as a camp counselor. He worked two summers at Camp Courage while in high school and three summers at Farmers Union Camps, where his passion for politics was born.

Erland attended McAlester College in St. Paul, majoring in Economics. He did his study abroad. In Kenya, where he met the love of his life, Esther Mbula Koloke. They married at Lake Hazel Church in Benson Township in May 23 2003.

Erland worked for Thrivent for a while before attending the University of MInnesota, St. Paul where he got his masters in Applied Economics.

Upon completion of his degree, he was hired by the International Trade Commission in Washington DC as a researcher.

By this time, Erland and Esther has two boys, Nils Muendo and Ove Mwenwa. The family often went to visit their relatives in Kenya, so the boys grew up speaking Swahili as well as English.

After 3 years at the Trade Commission he was hired as a trade representative for the US Trade Representative, working for the Office of the President as a trade negotiator, covering Africa and later also Asia and Indonesia. Later, he was promoted to be head of the Generalized System of Preferences where he watched out for the poorest countries to give them preferred trade status with the United States, while making sure they gave their workers livable wages and safe working conditions. He also worked against child labor.

In 2020, Erland was appointed by the Office of the President to be head trade negotiator with the European Union. He then moved to Brussels, Belgium, with his family. While they lived there, they would travel to many countries during their vacations.

Erland was a dedicated family man, who treasured his wife and kids and shared with them his passion for travel. They were also involved with their church in Springfield, Virginia, where they volunteered feeding the homeless and helping with the youth program. Erland was on the church council.

Besides church and travel, the boys were involved in scouts and a variety of sports, including diving. Erland was passionate about politics and believed in a just society and peaceful relationships between nations. He also was very physically active, he would bike to work while he lived in Brussels and swim a mile every day.

The memorial service will be at Our Redeemer’s Lutheran Church in Benson on August 19.