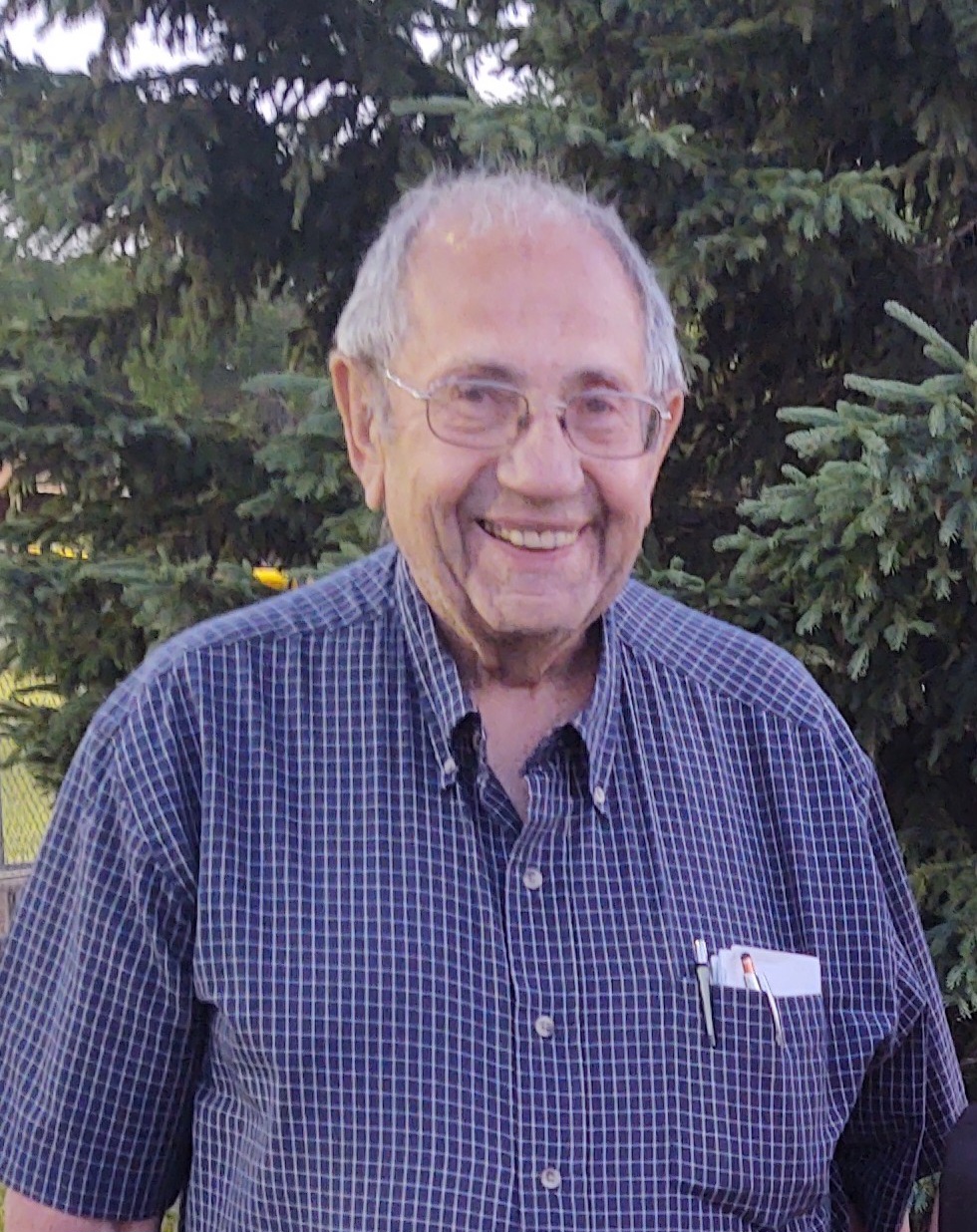 Funeral services for Gerald ‘Jerry’ Gausman will be held on Wednesday, December 21, 2022, at 10:30 a.m. at Federated Church in Morris with Reverend Matt Orendorff officiating. A visitation will be on Tuesday, from 5:00 – 7:00 p.m. at Pedersen Funeral Home and will continue one hour prior to the services at the church on Wednesday. Burial will be at Summit Cemetery in Morris.

Gerald Elmer Gausman was born on February 14, 1939, in Morris, Minnesota to Emil and Katherine (Hale) Gausman. He started his life on a farm north of Alberta until he was six years old. The family then moved to a farm two miles east. He was baptized and confirmed in his faith. Attending school in Alberta, he graduated with the Class of 1997. Jerry had some vocational training at the Wahpeton School of Science in North Dakota and later in Minneapolis. There Jerry worked at a pea factory, and never ate canned peas again!

Jerry moved home and was married to Doris Feuchtenberger on March 25, 1961, at Federated Church in Morris. The couple made their home on the family farm north of Alberta where they lived for over 50 years until they moved to their home west of Morris. They welcomed Ronald in 1962, Roger in 1963, Karen in 1965, and Brent in 1981.

Jerry started his farming career after his return to Alberta. When his boys were older, Jerry continued to operate the farm with his sons, Ron & Roger. In addition to his farming, he also co-owned and operated West Central Implement in Morris. This started as an implement dealer and later morphed into a small engine business.

In his early years, Jerry enjoyed racing cars, camping with the family, and fishing trips to Canada. After retirement, Jerry was lovingly referred to as ‘The Inspector’ because, like clockwork, he would show up on the farm to check in when things were broke down, they were fixing something, or had stopped to have a meal. Jerry was pleased that his farm stayed in the family.

Jerry was never without humor, he enjoyed fellowship with others, and he loved to visit and get to know other people. Jerry loved to tour the countryside, especially during the planting and harvesting seasons.

He would spend several mornings at the Co-op having coffee. Jerry found a thrill in auctions, and later on-line auctions, he was able to find anything he or his family needed (or didn’t need) within a 300-mile radius. He would also spend his days helping on the farm and running for parts.

Jerry died on Tuesday, December 13, 2022, at the Courage Cottage in Morris, Minnesota; he was 83 years old.

Pedersen Funeral Home in Morris is in care of arrangements for Jerry. To send condolences to the family, on-line, visit www.pedersenfh.com.