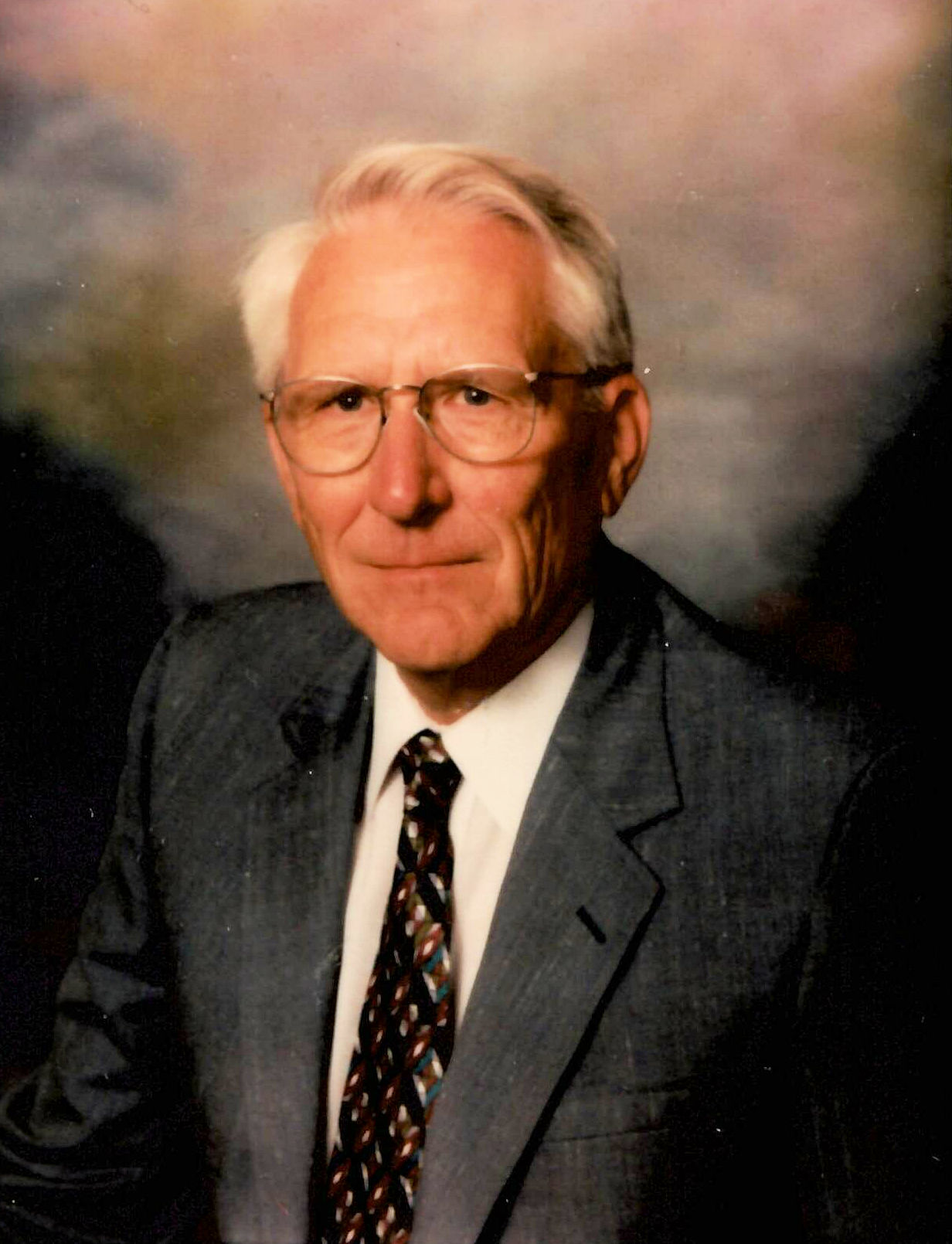 Funeral services for Glen Werk of Donnelly, Minnesota, will be held Wednesday, December 28, 2022 at 10:30 a.m. at Kongsvinger Lutheran Church, rural Donnelly, Minnesota, with Reverend Rochelle Anderson officiating.  Visitation will be Tuesday, December 27, 2022 from 4 to 7 p.m. at the Pedersen Funeral Home in Morris and for one hour prior to services at the church on Wednesday. Burial will be in the church cemetery.

Glen Owen Werk, son of Oscar and Mabel (Derby) Werk, was born October 27, 1930 at his home in Roseville Township, Grant County, Minnesota, where he grew up and attended country school. He later graduated from Herman High School with the class of 1948.  Following graduation, Glen began farming with his father.  He was united in marriage to Gertie Kruzie on October 11, 1952 at Kongsvinger Lutheran Church.  In the Spring of 1952, Glen and Gertie bought Glen’s Grocery in Donnelly and lived in an attached apartment.  In March of 1955, Glen was drafted to the United States Army serving until his honorable discharge in March of 1957.  When Glen returned from the service, the family made their home on the family farm where they raised their four children: Jerry, Mary, Nancy and Randy.  In 1986, Glen and Gertie moved to Donnelly.  Glen owned and operated Glen’s grocery, later Donnelly Supermarket for 54 years, closing in 2006.  Following their retirement, Glen and Gertie enjoyed nine winters in Arizona.  In May of 2020, Glen moved to West Wind Village in Morris where he continued to live until the time of his death.

Glen was a member of Kongsvinger Lutheran Church.  He enjoyed duck and goose hunting, softball, playing cards and horseshoes.  He started the horseshoe tournament at the Donnelly Threshing Bee, and was inducted into the Minnesota Gopher State Horseshoe Pitchers Association.  Glen and Gertie took many trips; a few of their favorites being Hawaii, Germany and Norway.  He took pride in keeping his lawn neat.  He loved mowing, but hated weeds! Most of all, Glen loved his family.  He was so proud of his children, grandchildren and great-grandchildren.