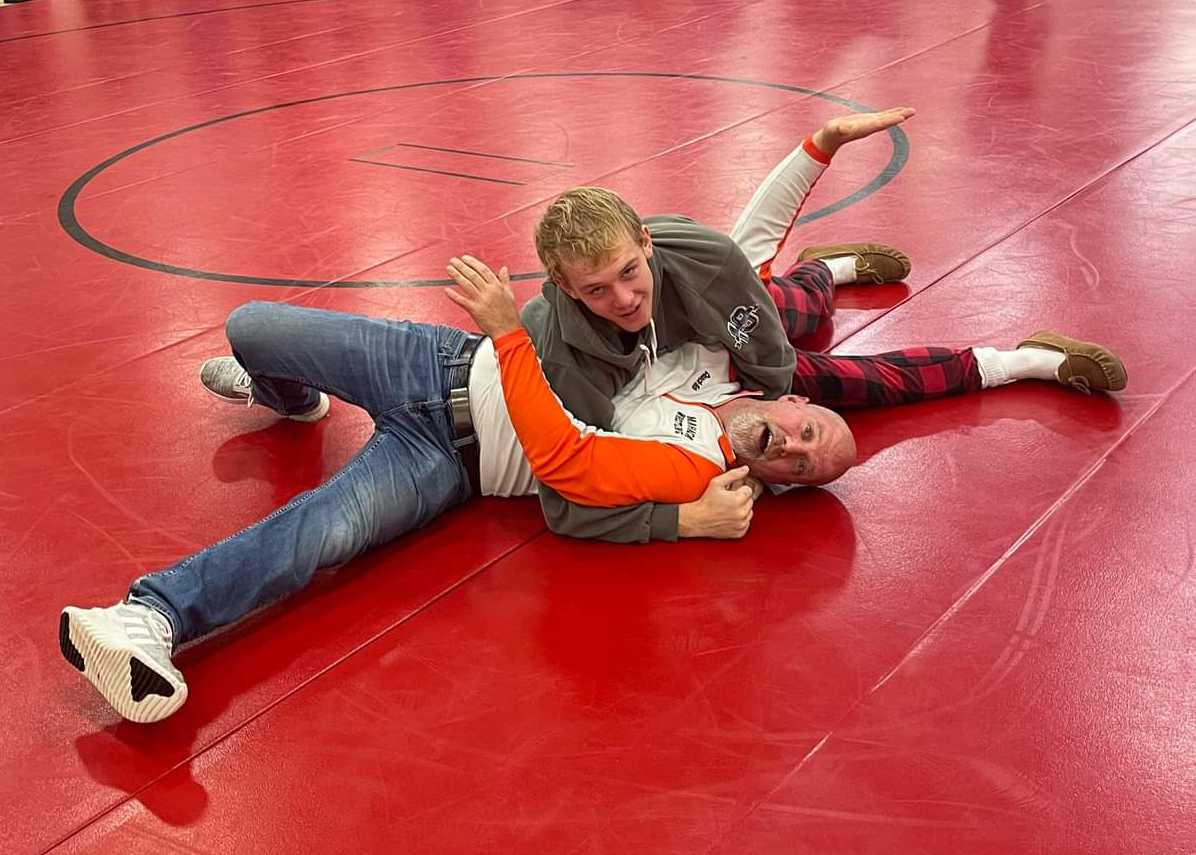 Hancock senior Davin Rose surpassed the wrestling program’s pin record with three pins Saturday, Dec. 10, at the Grant County Invitational in Barrett. Kyle Rose, father and coach of the Morris Area / Hancock / Chokio-Alberta wrestling program, held the record previously. The record has been 99 pins since coach Rose graduated in 1998. It now stands at 100 with an entire season to go for Davin, who is ranked fourth in the state in Class 2A for 138-pounders.

“Some trash kid got lucky and beat my record,” coach Rose said of his youngest son, who also surpassed Kyle’s win record of 154 last season.

“My dad’s pretty much a nobody now,” Davin said of surpassing his father’s pin record this season and his career wins last season.

“Right after the ref called the pin, I just looked up at (my dad) and laughed,” Davin added.

“We looked good. A lot of pins. We had four open weights and finished fifth as a team with two champs,” coach Rose said.

In other rankings news, Caden Rose is seventh in the 145-pound 2A rankings in the most recent rankings announced Dec. 8.

The Tigers also opened the dual season Thursday, Dec. 8 with a loss to United, in Morris.

MAHACA next wrestles against EV-W and Atwater-Cosmos-Grove City Tuesday, Dec. 13, at the Eden Valley-Watkins triangular. The Tigers close out next week at a two-day Redwood Valley Invitational Friday and Saturday, Dec. 16 and 17.