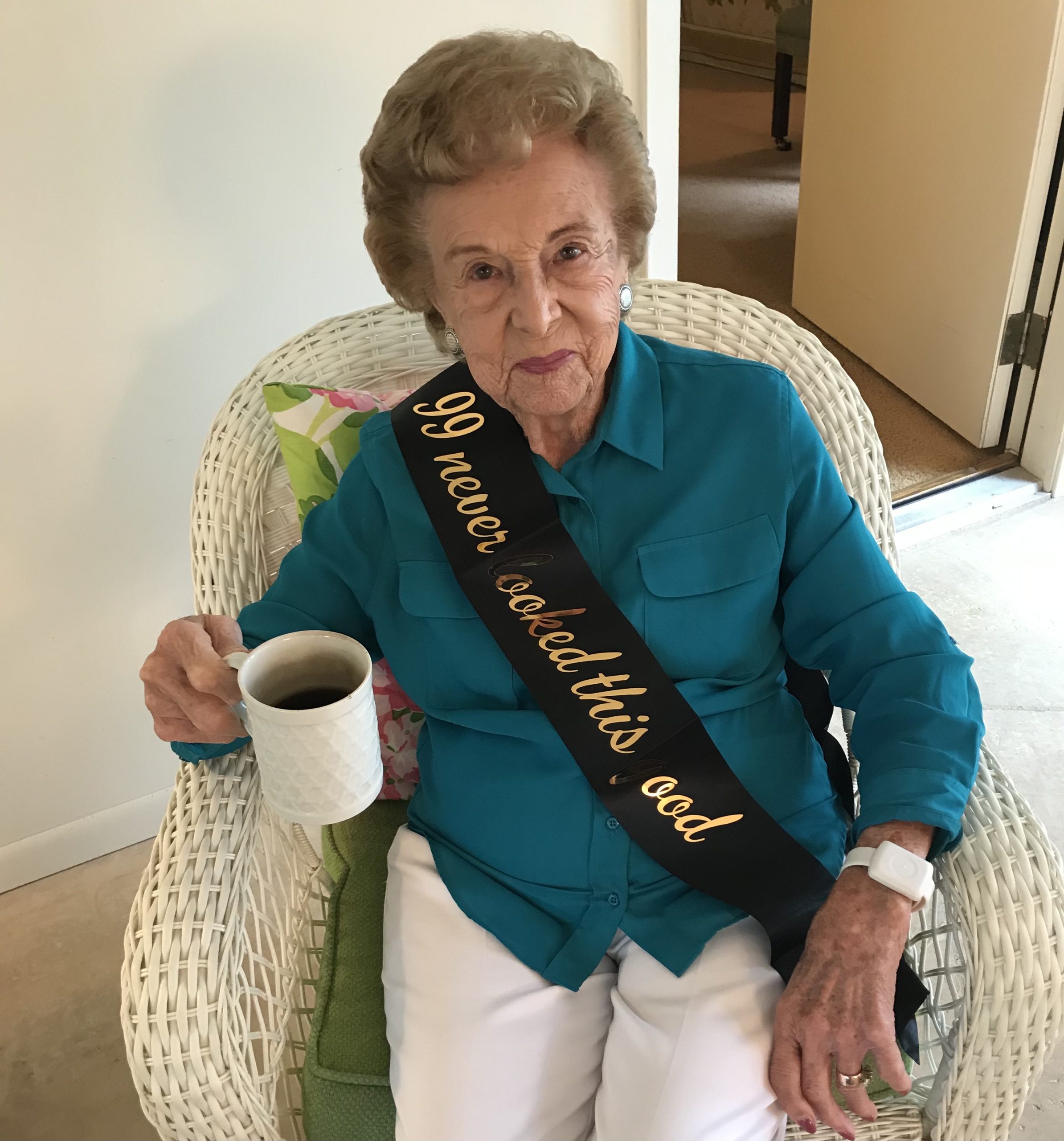 Helen Jane Morrison, known to her friends in many generations and communities as the life of the party, died December 20 of heart failure at her winter home in Scottsdale, Arizona. She was 101. Helen Jane was a generous supporter of community causes in West Central Minnesota. Together with her late husband, Edward, she played an important role in the founding of the University of Minnesota, Morris.

Helen Jane Stevenson was born in Morris to Floyd (Bill) and Bertha Nicely Stevenson in July 1921. According to Helen Jane’s mother, she was born on July 9; but she would later learn that her birth certificate listed July 8. That mysterious discovery never bothered Helen Jane, who treated it as a good excuse to celebrate her birthday for two days — and sometimes for a whole week!

Helen Jane grew up in Morris, and graduated from Morris High School in 1939. She was a popular cheerleader in high school, where she met her future husband Edward J. Morrison. After high school, Helen Jane worked at a local dime store.

She and Ed were married on September 21, 1941, in Morris, shortly before the U.S. entered World War II. After their marriage, Ed enlisted in the U.S. Navy and the couple moved to Massachusetts, where Ed attended Navy Supply School at Harvard University, while Helen Jane worked at a variety store in Cambridge. After Supply School they were stationed in Cedar Falls, Iowa, where Helen Jane began her long career as the “hostess with the mostest.” She would give parties for the junior officers and their wives in their tiny apartment on the base. Such was the fame of her soirees that, during one, the base commander came to their door and asked, “Can I come to the party, too?”

Helen Jane returned to Morris when Ed was stationed overseas in Okinawa. She helped Ed’s father, J.C. Morrison, who was losing his eyesight, to publish the Morris Tribune newspaper. After the War ended, Helen Jane and Ed settled in Morris, where Ed ran the newspaper and began his business career. Helen Jane was active in the National Tuberculosis Association, serving as an officer for the state organization. As a young woman she was elected president of the American Legion Auxiliary in Morris, where she was a member for 75 years.

In the late 1950s, Helen Jane and Ed helped lead the effort to convert the West Central School of Agriculture in Morris, a boarding high school, into a four-year public liberal arts college. Their work involved long hours of lobbying at the Minnesota Legislature. While wining and dining and cajoling lawmakers, Helen Jane would wear a distinctive hat with a long pheasant feather, which lawmakers came to recognize and associate with the “Morris group.” Following the successful establishment of UMM in 1960, Helen Jane helped found the University Performing Arts Series, which brought nationally recognized artists and speakers to campus. She continued supporting the arts for the rest of her life.

Helen Jane enjoyed playing bridge and belonged to several bridge clubs. She and Ed traveled the world, going to Mexico, South America, Australia, Russia, the British Isles, the Mediterranean, and many other places. They enjoyed summers at their lake cottage at Lake Le Homme Dieu in Alexandria and winters in Scottsdale, Arizona.

Helen Jane was very sociable and friendly, blessed with high spirits, energy, and a sense of fun. Always dressed to the nines in a stylish jacket and matching earrings, she loved going out with friends for dinner and a margarita several nights a week — even until the last few weeks of her life. She loved to entertain and gave great parties, which reflected her joy of life. An amusing story teller, she was known for her colorful sayings and off-color jokes. She had many beloved dogs over her lifetime. Her last dog, Zoey, never left her side during the final days of Helen Jane’s life. Most of all, Helen Jane had a great gift for friendship, making devoted friends of all ages and from all walks of life.

Services have been held. Burial was at Summit Cemetery, Morris. To stream the service, go to www.pedersenfh.com