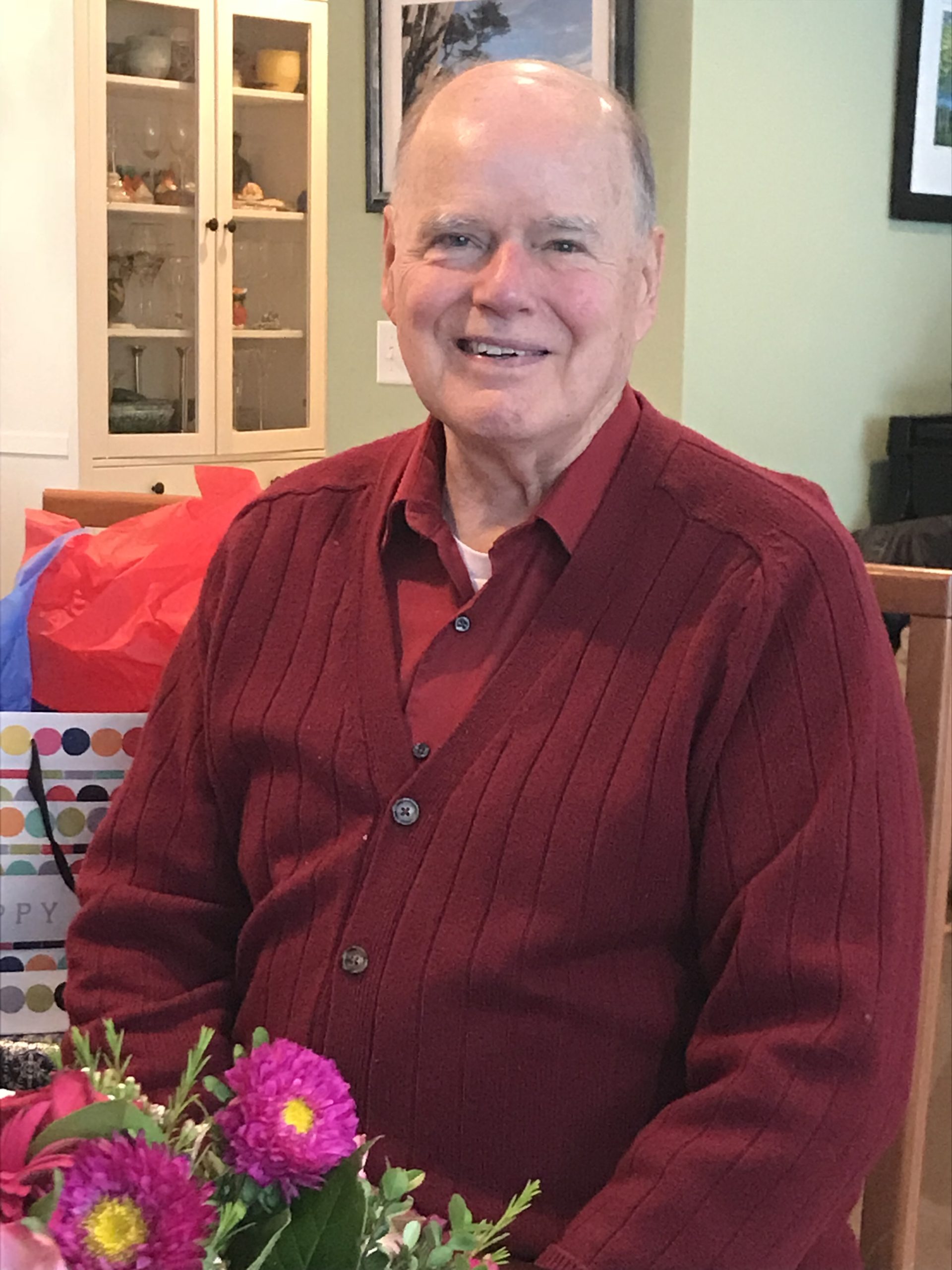 Longtime Morris resident Jerry Keith Radke, 84, late of Nevada, Iowa, transitioned peacefully to heaven on November 1, 2022, at 6:30 pm from complications of recurrent meningioma of the brain. He was surrounded by his loving family at Accura Healthcare, Ames, Iowa.

Jerry was born in Ripon, Wisconsin, April 11, 1938, to Edward Ludwig and Vera Ione (Phillips) Radke, the eldest of four boys. Jerry was raised on the family farm, working with his grandparents’ dairy cattle, beef cattle, hogs, chickens, ducks, and geese. The family grew corn, alfalfa, oats, barley, peas, tame hay, and marsh hay. His father put him on a tractor at age three. Jerry talked about how his feet touched the foot pedals while he braced his head up against the seat of the tractor! Jerry also talked of helping his grandmother quilt. He was, indeed, a renaissance man.

He attended Henderson School, a one-room schoolhouse, until 8th grade. It was the boys’ job to walk to the nearest farm to get a pail of water from the farmer’s milk house and pour it into the schoolhouse tank for the drinking fountain. Jerry said one of the few times he was reprimanded by the teacher was when he dipped a young lady’s braid in the ink well. His grandfather and father had also attended this
school.

He attended Ripon High School and in the summers, worked for Green Giant as a crop control surveyor, checking the crops and moisture testing to determine if they were ready for harvest. He participated in Cub Scouts, Boy Scouts, football, track, 4-H, and Future Farmers of America. Jerry saved his elementary and high school report cards, which recorded excellent academics and strong work ethic.

Jerry was an accomplished musician, playing the organ, piano, and accordion. Jerry, age 12, played the accordion and brother Mike, age 10, played the drums at weekend and birthday parties in Ripon. At age 15, Jerry started to teach accordion lessons. When Jerry was 16 and Mike was 14, their band, “The Rhythmaires,” featured Jerry on accordion, Mike on string bass, with a trumpet player and drummer. They played for parties, weddings, proms, post proms and at the exclusive Green Lake Country Club. In college, he taught accordion and piano lessons to help pay for his room and board. Later, Jerry’s accordion talent would always bring joy to his mother-in-law, Violet Charlson. Her father, Otto Book, had played accordion for many family gatherings. Jerry’s music reminded her of those special family times.

Jerry earned a Bachelor of Science degree in Soils from the University of Wisconsin – Madison. During this time, he participated in the Army Reserve Officers Training Corps Program. Upon commissioning, 1st Lieutenant Radke served in the US Army Signal Corps at Fort Monmouth, New Jersey, as an electronics instructor. Jerry earned his Master of Science degree in Soil Physics from Iowa State University, Ames, Iowa. He returned to the University of Wisconsin, Madison, to earn his PhD in Soil Physics.

Jerry retired from the United States Department of Agriculture, Agricultural Research Service, at the National Soil Tilth Lab, Ames, Iowa. At that time he was also a Collaborative Associate Professor, Agronomy, at Iowa State University, teaching meteorological instrumentation. He published research articles on freezing and thawing soils, including the effect of water and nutrient movement within soil profiles, which is needed to develop improved management strategies. Additional research trips included Cali, Colombia, and St. Petersburg, Russia. Scientists from several countries requested copies of his research publications over the years.

Jerry was a member of the American Society of Agronomy, Soil Science Society of America, American Meteorological Society, and the Soil Conservation Society of America. He served as a Story County Soil and Water Conservation District Commissioner 2000-2013 and Assistant Commissioner 2013-2022. Jerry joined the Morris Lions Club in 1965 and transferred to the Nevada Lions Club when he moved to Iowa. He held several offices in this service organization, most recently serving as the Nevada Lions Club Web Master.

Jerry married Barbara Thorndike, also of Ripon, Wisconsin, on August 4th, 1962. They had three children, Greg, Earl, and Katrina who grew up in Morris, Minnesota. They took their children on many camping trips across the United States and Canada to help them develop a love for adventure and nature.

Jerry had been a church member since his youth, was baptized and confirmed at Grace Lutheran in Ripon. After moving to Nevada, he joined Memorial Lutheran Church, serving on several committees. On June 4th, 1994, Jerry married Susan (Charlson-McLain) at Memorial, where they had met while serving on the Outreach and Fellowship Committee.

Jerry brought his family laughter, joy, love, and many travel memories. He had a great sense of humor and could be a bit mischievous. He served his church and community selflessly. Jerry is survived by his wife of 28 years, Susan and their blended family, his brothers Michael (Linda), Rodney (Jeannie), and Brian (Pam) Radke, many nieces, nephews, and extended family.

A celebration of Jerry’s life will be held November 19th at 11:00 am, Memorial Lutheran Church, 701 11th Street, Nevada, Iowa. A luncheon and time of remembrance will follow the service. A private family inturnment will be held at Madison Township Cemetery, Forest City, Iowa at a later date.

Funeral arrangements are under the direction of the Adams Funeral Home and online condolences may be left for Jerry’s family at www.adamssoderstrum.com. In lieu of flowers donations may be sent to Memorial Lutheran Church, the Nevada Lions Club, or the Watersheds and Wildlife Program (Prairie Rivers of Iowa), prrcd.org.