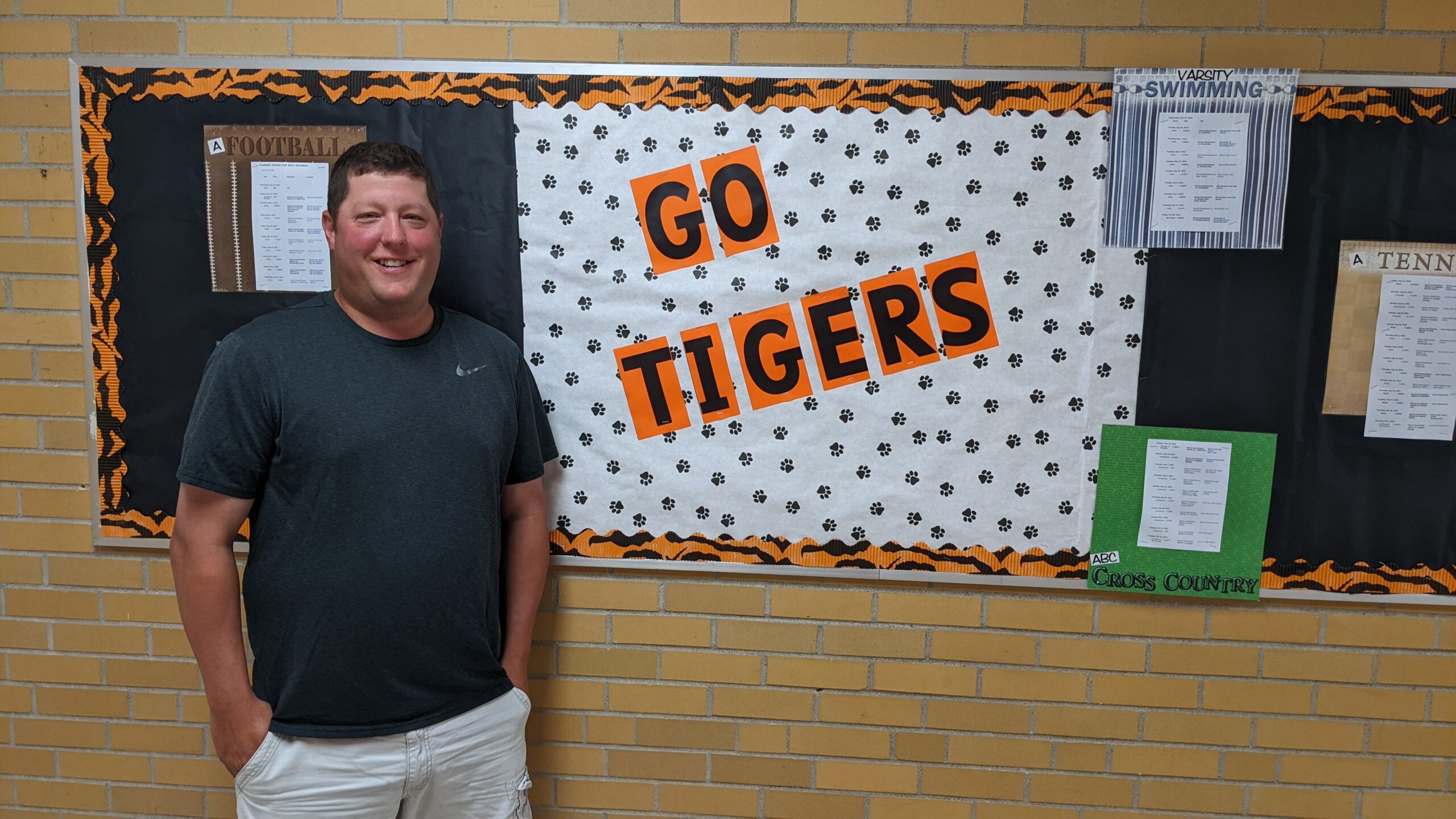 Although his official start date isn’t until the first workshop of the school year, Blake Karas has been in his new office at Morris Area High School for a few weeks to get organized for the 2022-2023 school year.

“I have a little more flexibility because I have my (Education) Specialist (degree), which is a principal’s license,” Karas said. “And I have experience doing that, so it allows me to help out with some administrative stuff as a Dean of Students.”

Karas comes to Morris with experience as a teacher, coach, principal and athletic director.

“From high school, I always knew I wanted to be a teacher,” said Karas, who graduated college from University of Wisconsin River Falls.

He took his first teaching job teaching fifth and sixth grade at a metro school in the Twin Cities. After two years, he joined the Plainview-Elgin-Millville School District as a sixth grade teacher and head boys basketball coach.

“I taught (at PEM) for five years and coached various levels of athletics,” Karas said.

He moved to Morris from the East Grand Forks area where he was the Principal and Activities Director for Sacred Heart.

The move put them closer to family as Karas hails from Braham and his wife, Hailey, has family in Elk River and Waconia.

“East Grand Forks is five and a half hours away, and we just wanted to cut that down in half to be closer to family,” Karas said.

As a Dean of Students, Karas will be the first point of contact for sixth through eighth grade, which could benefit in getting those junior high students involved earlier in activities and athletics.

“We have a lot of activities (at Morris Area), which is nice. Sacred Heart was a smaller school, our last class was 28 kids,” Karas said.

The goal for any activities director is simple: Get kids involved.

“Every activities director has one similar goal and that’s obviously participation,” Karas said.
“It would be nice to have every single kid in our school participate in at least one activity. (As an activities director) just increasing students’ awareness of activities that we do offer, promoting them and making sure they’re running efficiently and providing the best quality experience as you can for kids is important.”

Blake Karas takes over the role after Mark Ekren retired after 11 years in the position.

“Obviously huge shoes to fill. Everyone I’ve talked to and have met with, it sounds like Mark was a great guy to them,” Karas said. “He’s my first call with questions on things and he’s been very, very good to work with in the transition. He set me up for a lot of success.”

His wife, Hailey, is a Special Education teacher at Morris Area Elementary and the couple has two children, ages four and one, which keep the couple very busy.

“We’re excited to check out the Stevens County Fair,” Karas said. “I think we’ve been to all the parks in town.”

The all activities kickoff was Monday, Aug. 8 and the first week of fall sports practice is slated to begin on Aug. 15.