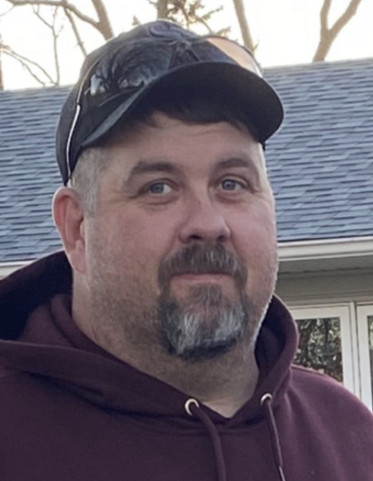 Kenneth Tracy, of Montevideo, died Wednesday, December 21, 2022 at his home in Montevideo at the age of 45.

A Celebration of Life will be held from 4pm to 8pm on Friday, January 13, 2023 at the American Legion in Morris, MN.

Kenneth James Tracy was born October 28, 1977 in Caldwell, ID to Clyde and Ardella (Hansen) Tracy.  He was baptized and confirmed into the Catholic faith.  Kenneth attended and graduated from Clinton-Graceville-Beardsley High School in 1997.  After high school he joined the work force and drove truck for most of his life.  Kenneth was united in marriage to Candee Ehrp on April 7, 1999 in Milbank, SD.  They made their home in Chokio, MN and eventually moved to Montevideo. To this union they had five children.

Kenneth enjoyed spending his time outdoors, hunting, fishing, and taking care of his horses.  He also had a love for sports and was a big fan of the Tampa Bay Buccaneers.  With his love of sports came his involvement in coaching his children’s activities.  Most of all he enjoyed spending time with his family, especially his children and grandchildren.

He was preceded in death by his parents; siblings: Jackie, Joyce, Clyde Jr., and Terry; nephew, TJ; and great-nephew, Rickie Jr.Arrangements are with Anderson – TeBeest Funeral Home of Montevideo.  www.andersontebeest.com