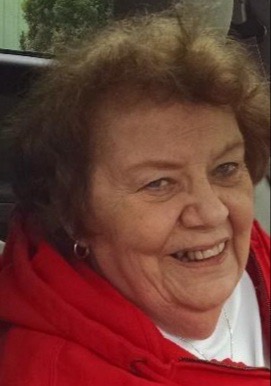 A private family graveside for Marlene A. Nelson was held on Thursday, September 29, 2022 in Morris. Per her request she preferred no funeral. A Celebration of her one-of-a-kind, amazing love for others will be held at a later date.

Marlene Annette Nelson was born August 28, 1935, in Williston, North Dakota, to Albert and Myrtle (Borsheim) Olson. In 1941 the family moved to Chokio where her father was the International Harvester dealer. She graduated from Chokio High School after being crowned Homecoming Queen her senior year. One of Marlene’s greatest joys was working as an accountant for her father at Olson Implement. This explains her lifelong devotion to the Farmall “M” tractor. Her father told her it was named after her.

In 1953, Marlene enrolled at Concordia College, Moorhead as a Business Major. She worked part-time at Overvold Motors, in Fargo, as an accountant. This is where she met her future husband, Curtis. After their marriage, they moved to Rochester where Marlene was employed as a medical secretary at the Mayo Clinic. They had four children, Vicki Lynn (Randy), Jeffrey, Lisa and Suzanne. They built a home in Byron where they lived until 1969. The lakes area of Alexandria beckoned them to relocate to Lake Carlos, where they resided into the late 1980’s. Although they didn’t remain married, they remained friends.

Marlene was employed as a medical secretary at Alexandria Clinic for 15 years and also obtained her insurance and real estate licenses. She was a sales associate at JCPenney for 20 years. This was the job she thoroughly enjoyed. Being with people and helping them was truly her passion. Her kindness and warmth drew everyone to her and she made friends easily. Her wonderful laugh was contagious.

Marlene was truly the best mother in the world and is dearly missed. She adored her children and always put them first. She was extremely gifted at cooking and baking. She shared her talents and imparted her skills to all her children. She enjoyed babysitting her grandsons and earned the nickname “Gramma Candy.” She also prided herself on a beautifully decorated, ship-shape home.

Marlene enjoyed reading, Scrabble, crossword puzzles, watching game shows and cheering on the Twins and Vikings. She loved spoiling her children, grandchildren and pets, attending threshing shows, live music and day trips to surrounding towns. When she was younger, waterskiing and dancing were favorite activities. Marlene’s faith in God gave her comfort. She attended local Lutheran churches and enjoyed singing hymns. She had a beautiful voice, played piano, trombone and accordion. Marlene was 100% Norwegian and loved all things that went along with it including: lefse and lutefisk.

Marlene A. Nelson passed away unexpectedly on Friday, September 23, 2022 in Alexandria. Marlene is survived by her adoring children; grandsons: Ryan and Ashur; her brother, Ben (DeeDee); and brother-in-law, Milton. She was preceded in death by her parents; brother, Robert (Joyce); sister Dorothy (James); sister Shirley; grandson, Baby Nelson; and grandson, Andrew Johnson.

Pedersen Funeral Home in Morris is in care of arrangements. In lieu of gifts, consider making a donation to your favorite charity.