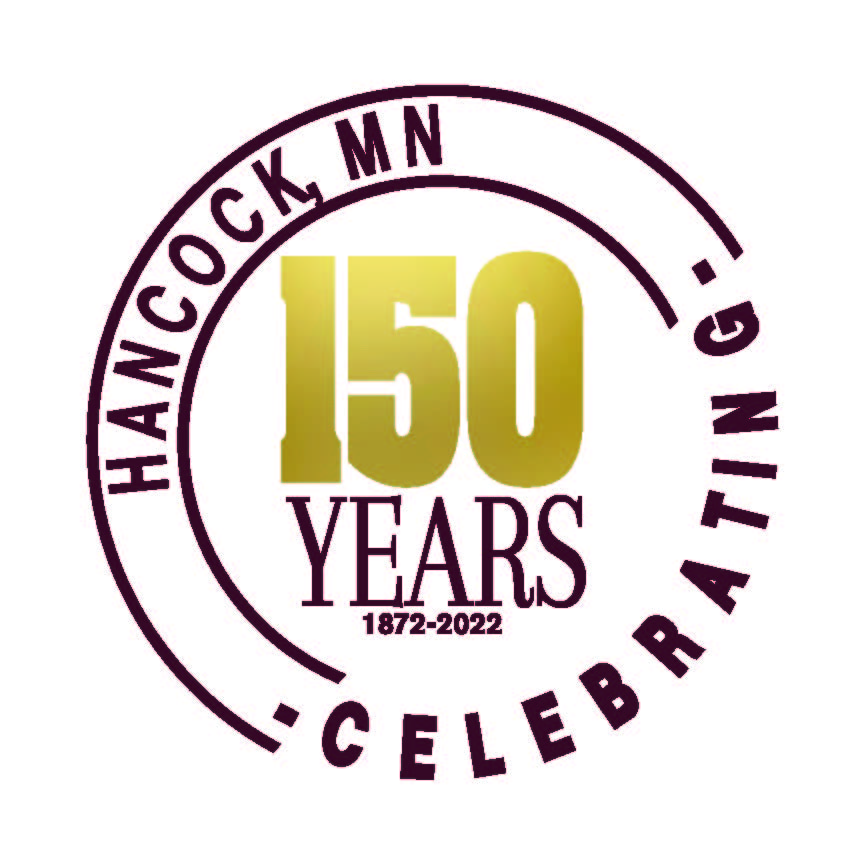 Hancock Mayor Bruce Malo made it official at the very end of the city council meeting on June 13. July 1-4 will be designated as a celebration and 150th anniversary in the City of Hancock. That is a good thing since nearly all the Personnel reports centered around preparing for that long weekend.

City Clerk Jodi Bedel along with councilman Annette Kratz serve on the 150th Anniversary Committee. Bedel stated that the committee has two more meetings before the weekend simply to finalize things. It is getting closer and closer and the plans are getting completed.

Bedel stated that the celebration will kick off with a medallion hunt on Monday, June 27. The 5” medallion will be hidden on city property and clues will be posted on the Community of Hancock facebook page and at the city office each day. The person who finds the medallion will receive $1,000 compliments of Community Development Bank. The Hodges 4-H Club will also be doing a medallion hunt geared toward children with separate clues and hidden locations.

The t-shirts marking the 150th celebration will go on sale one week before the weekend and the 150th History books will go in the mail that week too. The City of Hancock will be covering the cost to mail the books. There will be a celebration of the city’s 150th on Sunday, July 3 with cupcakes and displays. Lots of things will be going on in the water tower park with everything, except the food, free.

Also during the meeting, Bedel asked the council members to approve moving forward on the development of expansion plans for the fire hall. This will allow the city to post the proposed design plans during the celebration.

Maintenance Director Adam Hanson reported on the work he did during and after the storm on May 12 and thanked the fire department, city employees and community for “stepping up that night.” He especially recognized Jodi Bedel for offering to help and being a “team player.”

Once all the storm clean up is done, Hanson will be getting the city ready for the July 4th celebration. This will involve some painting, putting up banners and sweeping the streets along the parade route. Craig Beyer Tree Service will be coming to town to help take care of the root balls and grind up stumps.

Hanson and Bedel stated that during the storm there was trouble with a lift station at the school. It was recommended to have Electric Pump out of Fargo put in new check valves and other repair items and do a field service on the pump. Bedel said that they will be looking at putting together a list of future needs in the event of another outage or storm.

Fire Chief Justin Flaten reported that the fire department had one call last month for a downed power line. They did a controlled burn of a home in Hancock and will be burning the burn pile near the railroad tracks. The Fire Department has applied for generators through the DNR Surplus program and also for a DNR Grant.

During the Fourth, the fire department will hold their annual pancake breakfast, participate in the parade and shoot off the fireworks. They will have a busy day.

Bedel told the council that she will submit a list of damages within the city to FEMA. The debris pick up cost was $9,500. There will be a cost, estimated at $8,000, for stump grinding. Damage at the lift station and water plant generators is covered by insurance. She asked about replacing trees on boulevards that went down but the council members decided to re-evaluate that as the ground firms up.

The council members discussed potential condemnation of what they termed as the “Peterson Home.” Mayor Malo said that the League of Minnesota Cities does not recommend the condemnation as this makes the home inhabitable. Instead they will do nothing if or when it goes back to the county due to unpaid taxes.