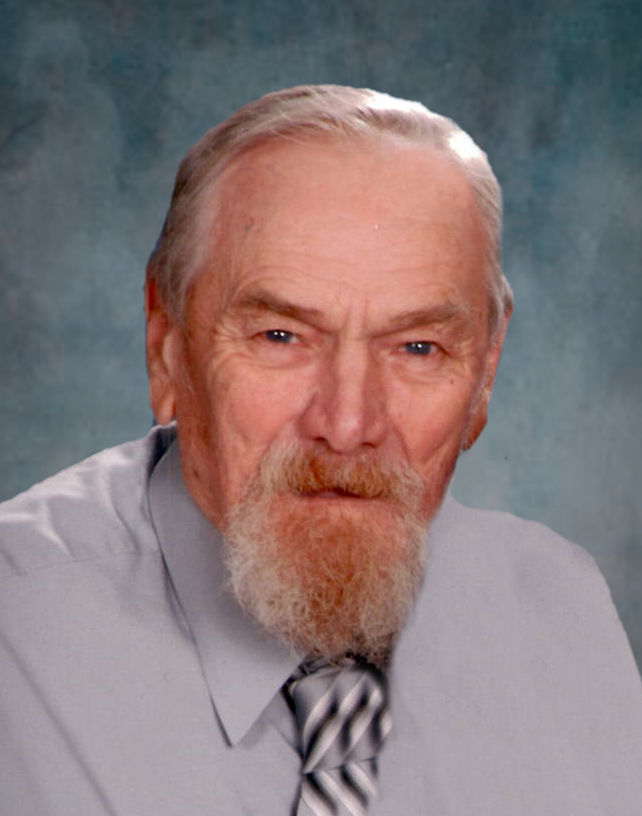 Milfred Ernest Kaehler, son of Alfred and Amelia (Knopp) Kaehler, was born September 3, 1935 at his home in Synnes Township.  He grew up in west central, Minnesota and graduated from Hancock High School in 1953.  Following his graduation, Fred worked carpentry for a few years in Minnesota and California.  He was united in marriage to Janice Anderson on March 19, 1960 at Peace Lutheran Church in Morris.  The couple resided in the Morris area where they raised their family.  Fred worked at Morris Auto Wrecking and Hemmings Chevrolet before starting his own business, Fred’s Body Shop, which he owned and operated until his retirement. Janice passed away June 12, 2014.  Fred continued to live at their home north of Morris until September of 2021 when he moved to Skyview Plaza, where he continued to live until the time of his death.

Fred was a member of St. John’s Lutheran Church in in Donnelly and the Morris Racing Association. He was an avid reader and enjoyed crossword puzzles, Sudoku and playing solitaire.  Fred and Janice bowled in Thursday evening mixed double league for many years.  He loved all sweets including candy, chocolate and ice-cream.  He would never turn down desert! Fred could build or fix anything, including the house that their family grew up in. He loved everything cars, he raced for many years, still racing in his 60s! Fred remained sharp until the very end and lived by the saying, drive fast and have fun! Family was everything to Fred, especially his grandchildren. He will be remembered as a man who was patient, never in a hurry, the king of jokes and one-liners, talented and resourceful. He will be missed by all of his family and friends.