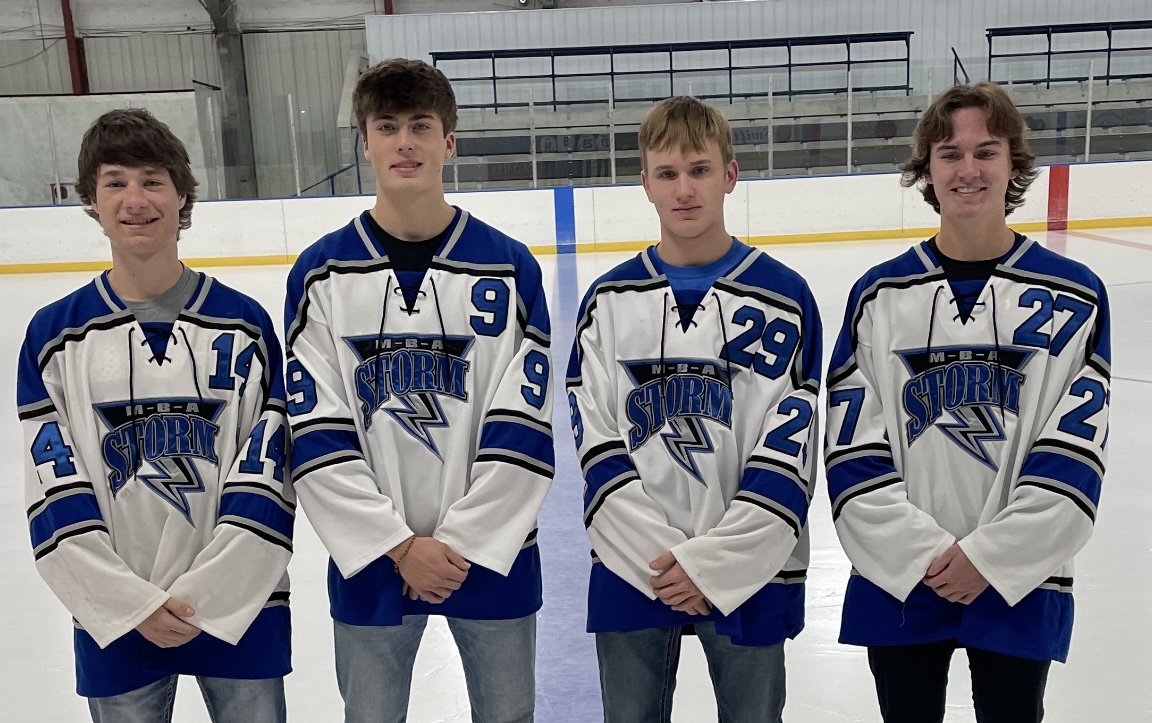 The Morris Benson Area boys hockey team opened the 2022-2023 season by going 1-1 at the Tiger Hockey Thanksgiving Classic Friday and Saturday, Nov. 25 and 26, at Red Baron Arena in Marshall. The Storm fell to Pine City on day one then bounced back with their first win of the season against the host team Marshall Saturday afternoon.

“In our first two JV and varsity games this season, we had a lot of positives and a healthy list of things to work on,” said Storm coach Jeremiah Day, who enters his 10th year as coach of the boys program. “Christopher Danielson started in goal for both varsity games this weekend and Nate Bratton started both JV games. Both net-minders played exceptionally in their respective games.”

“Our (skaters) were fast and physical all weekend,” Day added.

At the junior varsity level, Caden Olsen and Charlie Goff both tallied two goals while Zach Wrobleski, Logan Shauer, and Drake Berning each found the back of the net once. The JV Storm won the tournament, winning against Pine City Friday and beating Marshall in the championship Saturday.

In the varsity action, Charlie Goff and Kaleb Breuer each had a pair of goals with Blake Bruns, Tucker Blume, Hunter LeClair, and Kye Suess adding to the scoring as well. Ryan Tolifson finished the weekend with two assists while Bryce Lehman, Trevor Buss, and Brady Pederson tallied one assist each.

The Storm, now 1-1, travels to Wadena Deer Creek Tuesday, Nov. 29 then heads to Dragon County Saturday, Dec. 3 for a game against Litchfield. Next week, MBA continues its road season at Willmar Thursday, Dec. 8.