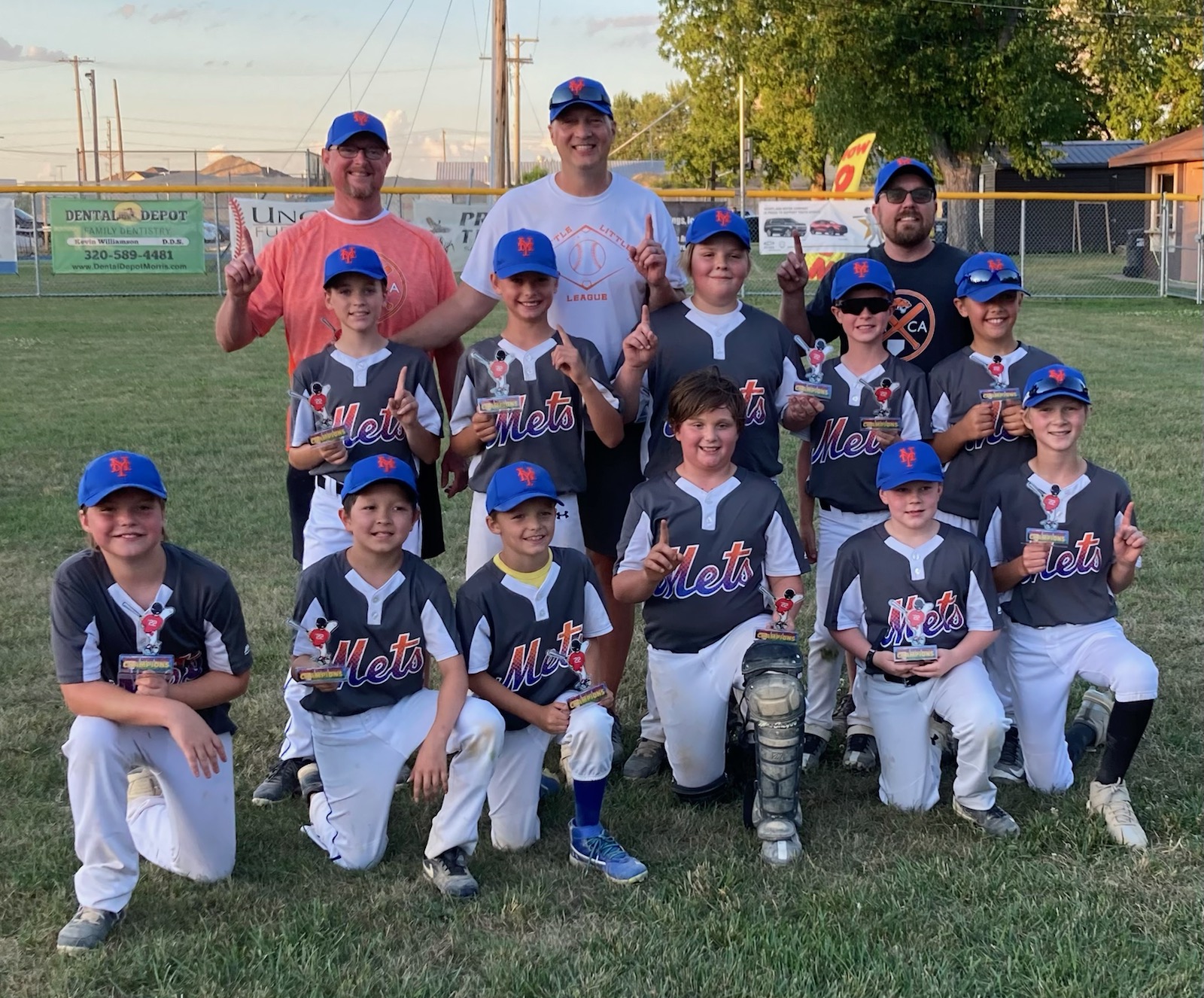 After six years of being champions of the Morris Little League, the top-seeded Orioles were dethroned by the No. 3-seeded Mets in the championship game Tuesday, July 12, at Wells South in Morris. The Mets used a sixth-inning rally to top the Orioles 4-2.

“Phenomenal play during the championship game and throughout the playoffs,” Mets assistant coach Scott Mundahl said.

The Orioles opened the scoring on a bases-loaded walk to Logan Hagen in the second inning.

The Mets tied the game at 1-1 in the fourth inning thanks to a bases-loaded walk to Hunter Daly.

The game remained tied until the sixth when the Mets scored three to take control of the game.

“It was pretty clutch,” said Mundahl, who is the proud father of Wilson Mundahl. Wilson Mundahl started the two-out rally in the sixth with his RBI double, which scored the go-ahead run.

Abraham Suess also knocked in a run in the inning to help the Mets earn the win.

Ian Grove, Suess and Hayden Banta contributed on the mound in the win. Grove went four innings and struck out 10. Suess and Banta both pitched one inning of relief each and combined for four strikeouts.

“I’m very proud of how our team played, not only for the championship game but throughout the entire season,” Mundahl said. “Every single one of the better baseball players but more importantly better young men. That is the real goal and the big picture and in every way, that was accomplished in our dug out.”

For the Orioles, Jace Asmus pitched a little over two innings in relief and struck out seven. Conner Ohm started the game on the mound and struck out nine over 3.2 innings.

Asmus had three hits to lead the Orioles offense and Ohm added two.

The Yankees beat the Angels 3-0 in the third place game prior to the championship Tuesday.