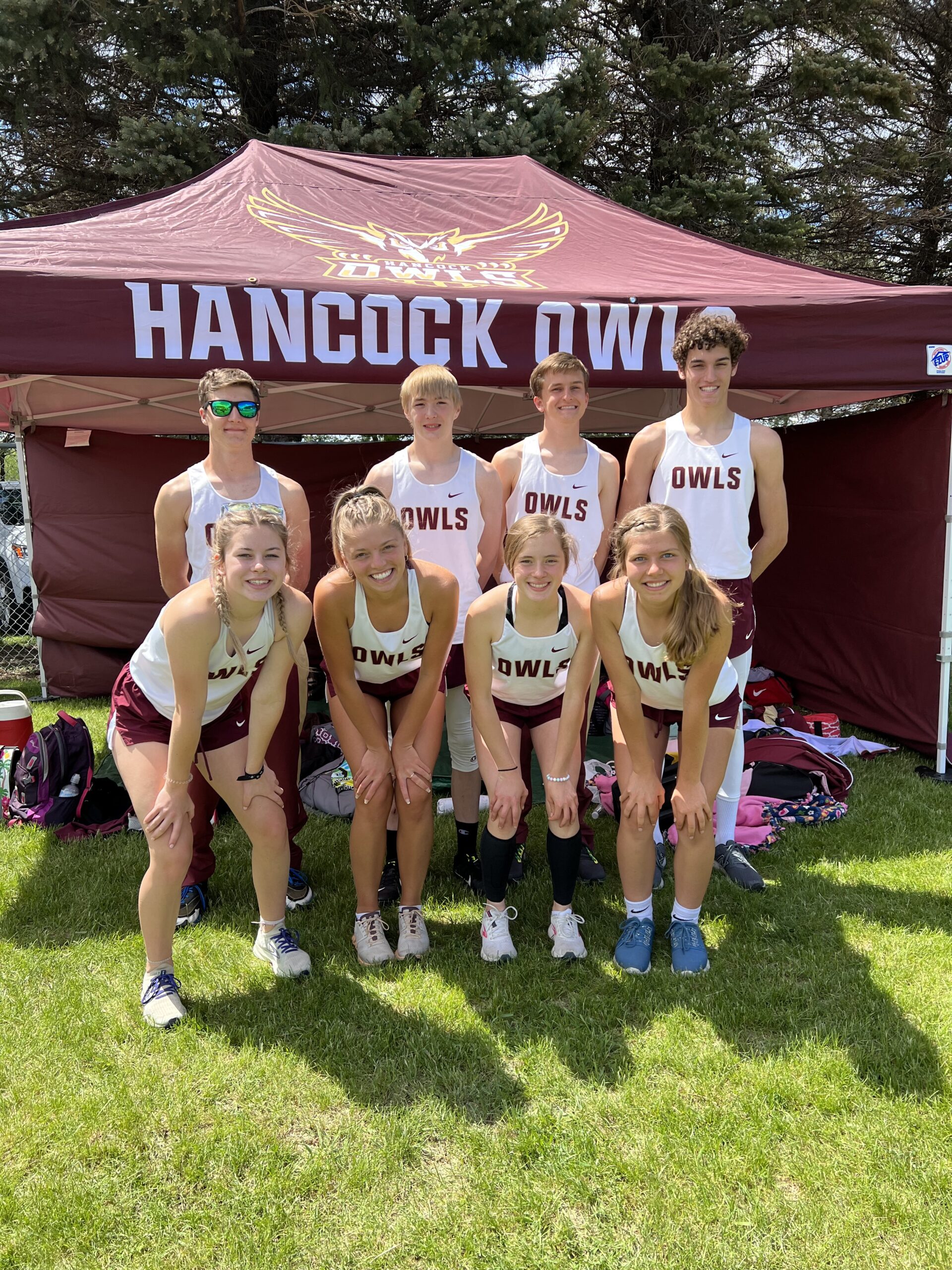 In their first year in a new section, the Hancock track and field ended the year with season bests, including season low times from both 4×800-meter relay teams at the Section 3A meet Thursday, June 2, in Pipestone.

Luverne won the Section 3A track and field meet for both boys and girls. The Morris Area/Chokio-Alberta boys took second with 67.17 points while the girls finished in fifth overall behind Redwood Valley, Canby/Minneota and Pipestone. Hancock recorded three team points.

The boys 4×800-meter relay of Sean Wilson, Jeremiah Schmidgall, Charles Koehl, and Jared Koehl were seeded 10th entering sections and placed seventh with a time of 9:11.98.

Misti Zempel took ninth overall, a place ahead of where she was seeded, in the girls shot put. Zempel had a best throw of 29-08.

Jared Koehl also competed in the triple jump event, but wasn’t at 100 percent for sections, head coach Kalee Nuest said. He finished in 12th overall with a 37-01.

“Jared had a tough meet jumping. His legs have been hurting, so we just haven’t been able to get the jumps that we know he’s capable of,” Nuest said.

Hausmann was the lone senior to compete at sections for Hancock.

“We had one senior compete Thursday, and we will miss her (Jordan Hausmann) a lot next year,” Nuest said.”She’s been a big part of this team, and I’m glad she got one more meet in to wrap up her career! All of our other section qualifiers are returning next year, which is super exciting!”