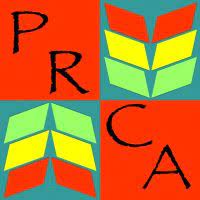 Twenty years ago the city of Morris received a grant from the Blandin Foundation to enhance the community. The city identified several areas to use the funding for, such as creating the water park, planting in the parking lots and encouraging the arts. With money from the grant, Athena Kildegard was hired in April 2002.

A group of people, including members of the Stevens County Arts Council, decided to disband that organization and a new one was created, the Prairie Renaissance Cultural Alliance. This name change reflected a desire for the organization to represent more than Morris or Stevens County but instead the whole region.

At that time Kildegaard had a desk, a computer, and a phone in the old Human Services building on the frontage road along Hwy 28. Almost immediately she realized that that location was not doing them any good. She soon began looking for a different location and found one on Morris’ main street. In addition to finding a better location, she also did all the paperwork to set up a non-profit status.

“No one knew we were there,” Kildegard stated, “with only a desk, very little could be done in the way of programming. So I began noticing what spaces were for rent.”

Some time that summer the group rented the space on Atlantic Ave in Morris where it is still located. Della Conroy, Phyllis Joos, and Kildegard painted the floor, which was a funky fake Italian marble sort of thing. It was hot and sweaty work but turned out great. Joos stated that Lisa Johannes mapped out the plan and they did the work.

“We filled a little cooler with drinks and started on one end,” Kildegard explained of the job, “we worked our way to the other end, taking the cooler along as we went and pausing for refreshments. The floor took at least three passes.”

Read the full story in the 9/13 edition of the Stevens County Times.