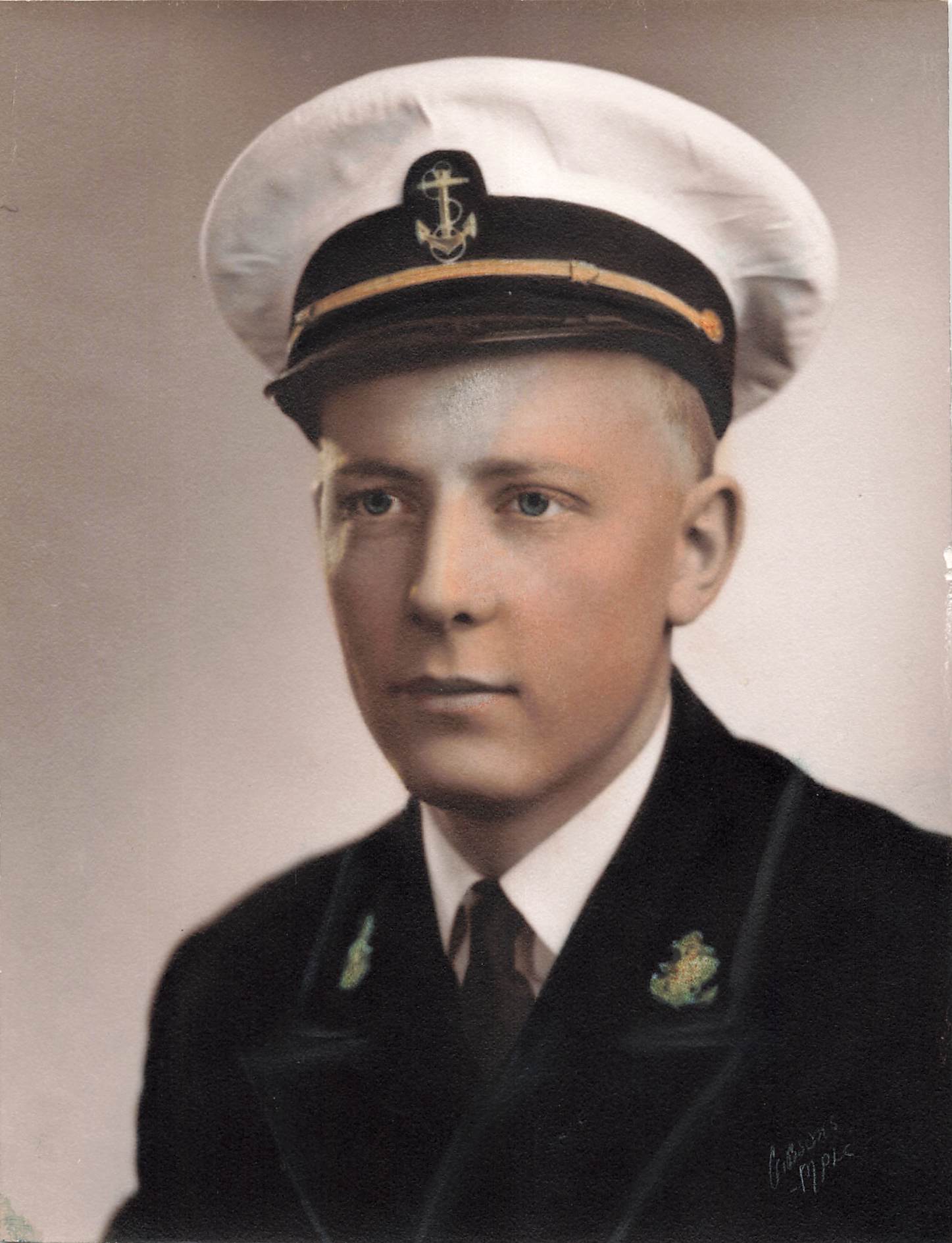 A service of remembrance and time for sharing for Quentin Dunnum will be held Friday, August 5th, 2022 at 3:00 p.m. at Pedersen Funeral Home. Visitation will take place from 1:00-3:00 p.m. Friday before the service.

Quentin Alan Dunnum was born to Alfred and Helen (Strong) Dunnum June 4, 1924 in Kensal, North Dakota.  His family moved to Minnesota settling in Alexandria. Quentin was amazed at how green Minnesota was! He graduated from Alexandria High School and attended the University of Minnesota, becoming a Doctor of Dentistry.  On January 2, 1947, he married his longtime sweetheart, Joyce Tanquist.  Together they had four daughters: Bonnie, Nancy, Robin and Tracy.

Quentin served in the United States Navy, where he was a Naval Officer while attending dental school. Later he served at the Great Lakes Naval Base and was eventually transferred with his young family to the Oak Harbor Naval Base in Washington.  Quentin and Joyce loved the beauty of the Puget Sound but missed the sunny days of Minnesota and moved to Morris, where Quentin started his dentistry practice. He was known as the “Humming Dentist.” He served many people in the Stevens County area.

Quentin was a board member at the Federated Church, Friends of the Morris Public Library, and the Morris Country Club. He was an avid reader, especially in history, current affairs, and dental literature. He loved music, his favorites were Classical, Jazz, and Dixieland. Quentin was a talented athlete, excelling in baseball and golf. He has won local tournaments and is known at the Pomme de Terre Golf Club for hitting two “Holes-in-one”.  One right-handed and one left-handed” (after back surgery).

Quentin and Joyce spent many years together fishing, golfing, camping, skiing, hunting, and traveling across the country in Old Blue. When Joyce became ill, Quentin dedicated his life to caring for her until her death. In 2018, Quentin suffered a stroke and spent 3½ years at The Legacy in Morris. He received wonderful care from The Legacy staff. In return, Quentin shared lots of stories and laughs.

Pedersen Funeral Home in Morris is in charge of the arrangements for Quentin. To send condolences to the family please visit www.pedersenfh.com.