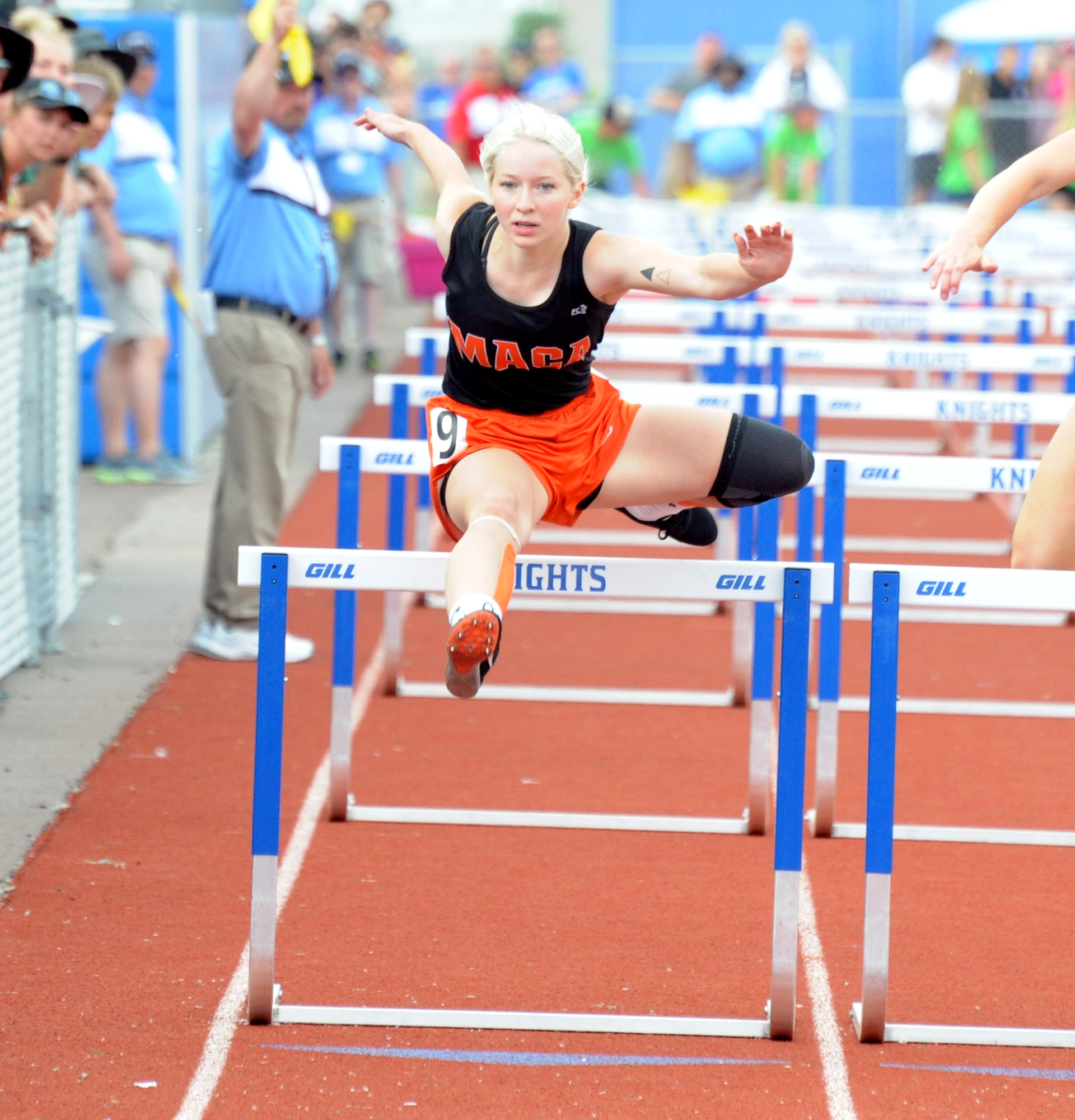 The Lebrija twins, Ethan and Olivia, stamped their names in the record book for the Morris Area / Chokio-Alberta track and field programs in their final meet of their high school career Thursday and Friday, June 9 and 10, at the Class A State Track and Field meet in St. Michael.

Olivia Lebrija snuck into the 100-meter hurdles with a ninth place finish in the preliminary round with a new school record time of 16.13. The time breaks Abbie Ekren’s 2003 record of 16.20.

“I am very proud of how I ended my career as a Tiger athlete,” Olivia said. “I have been chasing the school record since I started hurdles as an eighth grader, thanks to coach (Vicki) Cannon for encouraging me to compete in this event.”

In the finals on Friday, she placed seventh overall with a 16.17.

“Coach Henrich told me not to worry about getting the record and just let it happen. He also told me at sections that most records are set at the state meet and that is what I did,” Lebrija added. “I couldn’t have done it without the help of my supportive coaches and my family, especially my mom, Amee, and dad, Brad. They are my biggest supporters in everything I do. I am super excited to end my high school career and season with my twin brother Ethan by my side, at the 2022 State track meet finals!”

Like Olivia, Ethan Lebrija also snuck into the finals in the 100-meter dash. He finished in a three-way tie for seventh in the preliminary heats with a time of 11.06. He took first in his heat in the 200-meter dash preliminary round with a new school record time of 21.92. This record breaks the record of 22.08 set back in 2001 by Chris Esterling.

“I’m not happy with how I went out,” Ethan Lebrija said. “I ran faster in prelims than in finals (Friday) so it’s not the ending I was hoping for.”

Lebrija, who was running on a strained knee from the section meet last week, was one-fourth of the 4×200-meter relay that qualified for state as well. Tyler Berlinger was added as an alternate for the relay event Thursday during prelims.

“Running three races back to back days would be too much,” Lebrija said of his knee injury. “Only running two races still hurt, but it was better to focus on those two.”

The Morris/C-A boys 4×200-meter relay of Lewis Nohl, Derek Waldbeser, Trey Hunt and Tyler Berlinger missed out of qualifying for finals by 1.3 seconds. They finished 11th overall with a time of 1:35.54.

Blake Bruns and Hailey Werk were other Tiger competitors at the state meet. Bruns finished 14th overall in the 400-meter dash with a time of 53.17 while Werk posted a 5:39.77, which was good for 15th overall in the 1600-meter run.

Lydia Fynboh also qualified in the 100-meter dash for the state meet, but had to pull out due to a hamstring injury in practice on Monday. Luckily, Fynboh is back as a senior in 2023 to defend her spot in sections and go for the podium at state