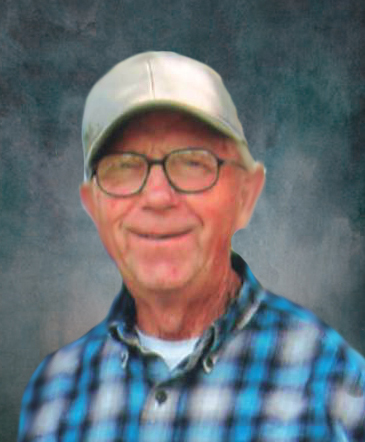 Funeral services for Robert Berg of Chokio, Minnesota, will be Saturday, August 20, 2022, at 1:00 p.m. at Grace Evangelical Free Church in Elbow Lake, MN.  Visitation will be Friday from 5 to 7 p.m. at Pedersen Funeral Home in Morris and one hour prior to the service at the church on Saturday.  Burial will be in Trinity Lutheran Cemetery, rural Johnson, MN.

Robert Lee Berg, son of Carl and Bertha (Osterberg) Berg, was born March 3, 1932, in Graceville, MN.  He grew up on a farm in rural Chokio, MN.  Bob was baptized and confirmed at Trinity Lutheran Church in Johnson, MN.  He attended his first years of schooling in a one room country school, and at Trinity Lutheran Church School.  Later, Bob attended West Central School of Agriculture in Morris, MN and the University of Minnesota in Minneapolis for a short time before returning to the family farm where he farmed along side his father, Carl.  On March 8, 1953, he was united in marriage to Audrey Mumm at Trinity Lutheran Church.  To this union six children were born.  They made their home on his family farm northwest of Chokio, eventually taking over the farming operation.  Audrey passed away February 18, 2018.  Bob Continued to live on the farm until the time of his death.

In his younger years, Bob served on the Trinity Lutheran Church Board.  He was also a member of the Morris Rifle Club, where he shot on their target shooting team.  Bob was an avid outdoorsman and enjoyed hunting and fishing.  He had a lifelong love of aviation and anything that flew.  Bob will be remembered as a man with great empathy for others and was always willing to help anyone in need.  He will be missed deeply by all of his family and friends.

Bob passed away Saturday, August 6, 2022, at the Stevens Community Medical Center in Morris, Minnesota.  He was 90 years old.

Pedersen Funeral Home in Morris is in charge of the arrangements for Bob.  To send condolences to the family please visit www.pedersenfh.com.