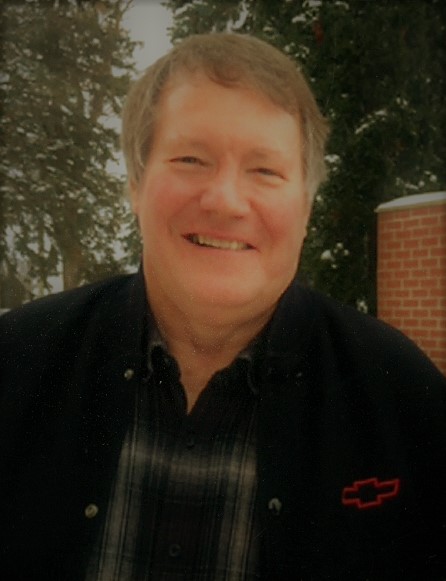 Robert “Bob” Alvah Danzeisen was born on August 5, 1949 to Alvah and Barbara (Blees) Danzeisen. He graduated from Herman Community School in May of 1967. Bob received his associates degree in Automotive Technology in May of 1969 after attending Wadena Technical School and Moorhead Technical School.

He spent his youth in Herman and could usually be found at Groth Ford pestering Graham and Roger Groth for odd jobs. In 1964 the local Chevrolet dealer, Bud Berger, realized what a “natural” mechanic he was and he offered him a job. Bob worked for Buddy for over thirty-seven years.

Bob met Carol (Borgeson) in the fall of 1955 when they entered first grade together at the Herman Community School. It took a while for their love to bloom, but on April 25, 1970 they were united in marriage at the United Methodist Church in Herman. To this union four children were born.

Bob served in the U.S. Navy Seabees from 1970 to 1972. Carol was able to join him for several months in Yukosuka, Japan. He then was transferred for a year to various bases in Vietnam as a construction mechanic. Bob was very proud of his service to his country.

In 2001 Bob opened his own mechanic business in Herman, specializing in his true love, building racing motors. He was always searching for anything that would give his projects MORE POWER.

Bob was crew chief and chief engine builder for his son Scot’s racing team. The whole family spent every weekend in the summer traveling to race tracks in the tri-state area where Scot would compete, Lane would assist, Quinn would cheer, Carol would cook and Bob would look for MORE POWER. Bob was well known at the tracks where they competed for his expertise at bending and stretching the rules, but never breaking them.

Over the last few years, Bob’s health declined. He was diagnosed with Amyloidosis; a disease of the heart and lungs, that eventually ended his life.

He was preceded in death by their daughter Linsey Faye; his parents Alvah and Barbara Danzeisen; and his brother David.

On Thursday, November 24, 2022 Bob passed away at Bethany on the Lakes Nursing Home in Alexandria, MN. He was seventy-three years old.

A Memorial Service will be held Wednesday, November 30, 2022 at 2:00 p.m. at United Methodist Church in Herman with Rev. Heather E. Klason officiating. Visitation will be held one hour prior to service time at the church.

Burial will be in Lakeside Cemetery, rural Herman. Military Rites will be provided by the C. Walter Larson American Legion Post #378.
To sign the online guestbook, watch the video tribute, livestream or service recording visit www.bainbridgefuneralhome.com.