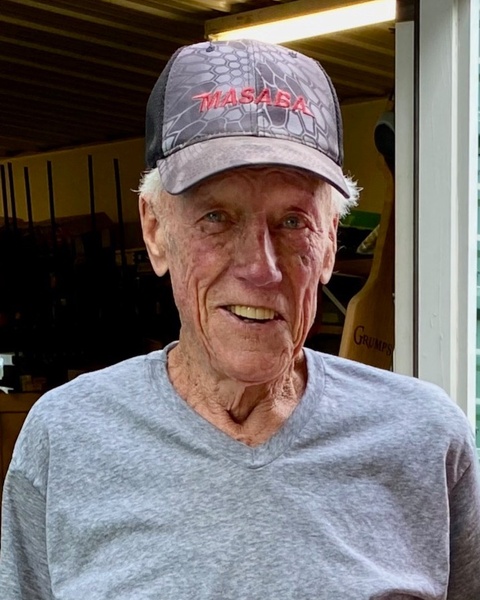 Memorial services for Ron Cline, of Morris, will be held on Saturday, October 15, 2022 at 10:30 a.m. at Assumption Catholic Church in Morris.  Father Todd Schneider will be celebrating the mass.  A Visitation will be on Friday, October 14, 2022 from 4:30 to 7 p.m. at Pedersen Funeral Home in Morris with a time for sharing starting at 6:00 p.m., and a prayer service and the Rosary to follow. Ron’s family would like to encourage all those attending the visitation to wear their Minnesota Vikings attire.

Ronald Ashley Cline – dedicated husband, companion, dad, and Grumps – passed away peacefully at the hospital in Fargo, ND on October 5, 2022 at age 79.

Ron was born to Raymond and Josephine Cline in Cherokee, IA on January 23, 1943, and moved to Alberta at the age of two; he was one of seven children. He attended Alberta High School and was the starting quarterback, then enlisted in the Navy where he was stationed at Treasure Island, San Francisco. Upon his return to Minnesota, Ron met Mary Benson roller skating, and they married February 8, 1964. Together, they called Morris home and raised their five spirited children — Troy, Rhonda, Chad, Kirby and Craig.

Ron was a visionary and artisan. He had the unique gift of seeing the potential in a person, a home built in 1912, an empty garden plot, or a broken oak dresser left on the curb. With his skilled hands and a Johnny Cash tune in the background, he could transform a space, grow food to feed the family, and refinish to perfection antique furniture. In the wee hours of the morning, you might even find him consorting with friends around the kitchen table playing his steel guitar, singing, and making memories.  “Loose lips, sink ships!”

Ron spent 30 years of his career as the Head Painter at the University of Minnesota, Morris where he worked with a great crew and retired in 2003. He continued painting for several years until he was fully immersed into his antiques, garden, and family activities. In 2007, after the passing of Mary, Ron was blessed with the companionship and love of Llea Anderson as they traveled and truly celebrated life together.

Through the years, he enjoyed spending time with his friends and sons hunting, fishing, watching the Vikings, and playing cards. “Grumps” had a special place for his grandchildren and great-grandchildren, and the family gathering Memorial weekend each year. Truth be told, after three days, he was happy to see the backs of everyone’s head as the cars headed down the driveway!

Ron’s legacy will be his humble and kind presence, generous heart, love of family and friends, Irish wit, and classic one-liners. “We’ll catch you at the river you ol’ blister!”  In the meantime, “Keep your chin to the wind and your eyes on your fries!” SKOL!

Pedersen Funeral Home is in charge of the arrangements for Ron. To send condolences to the family please visit www.pedersenfh.com.