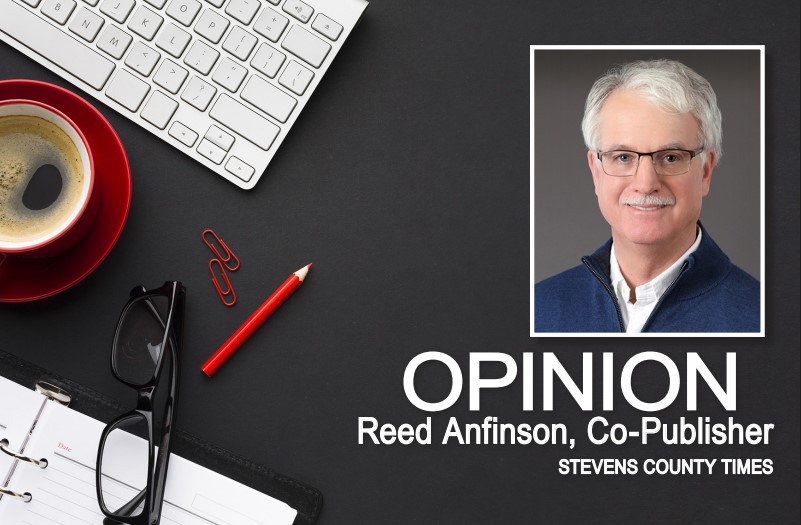 See More Stars Than Ever, But Not Here

“You cannot look up at the night sky on the Planet Earth and not wonder what it’s like to be up there amongst the stars.” -Tom Hanks

“A sparkling landscape of baby stars. A foamy blue and orange view of a dying star. Five galaxies in a cosmic dance. The splendors of the Universe glowed in a new batch of images from NASA’s powerful new telescope,” Seth Boren- stein, science writer for the Associated Press, reported after the new images from the James Webb Space Telescope were released last week.

Those photos gave us a deeper look into the Universe than we’ve ever had, thanks to the $10 billion James Webb Space Telescope. Its power, its use of the infrared light spectrum to see through cosmic dust, and its distant 1 mil- lion-mile location from Earth allowed for photos that gave scientists a glimpse of time near when the Universe was formed an estimated 13.7 million years ago.

The telescope will also address the single most important question we con-stantly ask: “Are we alone or are there other worlds out there that support life?” It is looking for signs of planets that are in what is called the “Goldy Locks” zone. It is an area around a star that is not too far, not too close, but just the right distance to support life.

After seeing Webb’s photos, NASA senior Webb scientist John Mather said he is convinced life exists elsewhere in those billions of stars and hundreds of galaxies.

It is ironic that as we invest immense amounts of time in scientific research and billions of dollars of tax revenue to search the stars for life, to seek out the Universe’s origins, while we increasingly remove the wonders of a starry sky from our view from Earth.

In its 2016 “The New World Atlas of Artificial Night Sky Brightness,” the American Association, published by the scientific journal Science Advances, said that “more than 80 percent of the world and more than 99 percent of the U.S. and European populations live under light-polluted skies.”

It goes on to say that for 80 percent of us living in North America, the Milky Way is hidden from view due to light pollution.

We know that for the large metropolitan areas of America and Minnesota, the sheer volume of street lights, lighted signs, commercial facility lights, sky scrapers lit up, and even the constant flow of traffic through the night all contribute to a dome of light that masks thenight sky and is nearly impenetrable.

Even in the countryside, outside our small-town city limits, there are a growing number of intrusions. Blinking lights on cellphone towers increasingly contaminate once unobstructed views of the night sky, as do the increasing number of windmills. A growing number of rural residences and commercial agricultural operations with lighting interfere with viewing the stars.

As a child, we spent many summer evenings at our isolated cabin on the south shore of Lake Minnewaska. Sometimes we would lie in the old apple orchard and look for shooting stars. We would wonder at the clarity of the Milky Way. It is a piece of our own galaxy of densely packed stars too numerous and distant to pick out individually, thus creating a glowing “milky” band across the night sky.

Those nights fired our imagination about what we might find if we could travel into space.

But for too many today, their sense of wonder is stunted in our ground-based visual isolation. We can’t see the stars to wonder about life on other planets, about traveling to those planets, and what other life would be like if were meet one another. We also don’t appreciate our uniqueness in the vastness of the Universe nor our fragility.

Consider this memory of seeing the Milky Way written by Colleen Creamer of the New York Times: At 4:30 a.m. on Jan. 17, 1994, a magnitude 6.7 earthquake caused a citywide power outage in Los Angeles. I lived there at the time and was among the many Angelenos who made their way outside, looked up, and found a spectacular sight: a vast blanket of stars that had been blotted out for generations by light pollution. It was reported that some people were so bewildered by the diaphanous Milky Way, they called 911 and the Griffith Observatory to report strange, unidentified objects in the sky. I only remember being awe-struck.”

As we become more security conscious, we have put lights everywhere around our homes. They don’t just make it more challenging to see the night sky; they intrude on our neighbors, glaring through their windows at night. They ruin an evening with a child who would like to gaze at the stars and perhaps see her first shooting star.

We can replace those constant lights with motion lights that turn off when not needed and not pollute our neighborhoods with unnecessary light.

“Light pollution is absolutely growing,” Ashley Wilson, director of conservation for the International Dark-Sky Association (IDA), an organization working to combat light pollution, told Andrea Stanley for her article, “Stop Ruining Starry Nights.” “Not even just our use of light, but the excessive use of it. A report published earlier this year by the Department of Energy stated that 99 percent of the light we emit has no clear purpose.

Some see dark skies as a selling point for people to move from the big city to the country, marketing themselves as great places to see the stars.