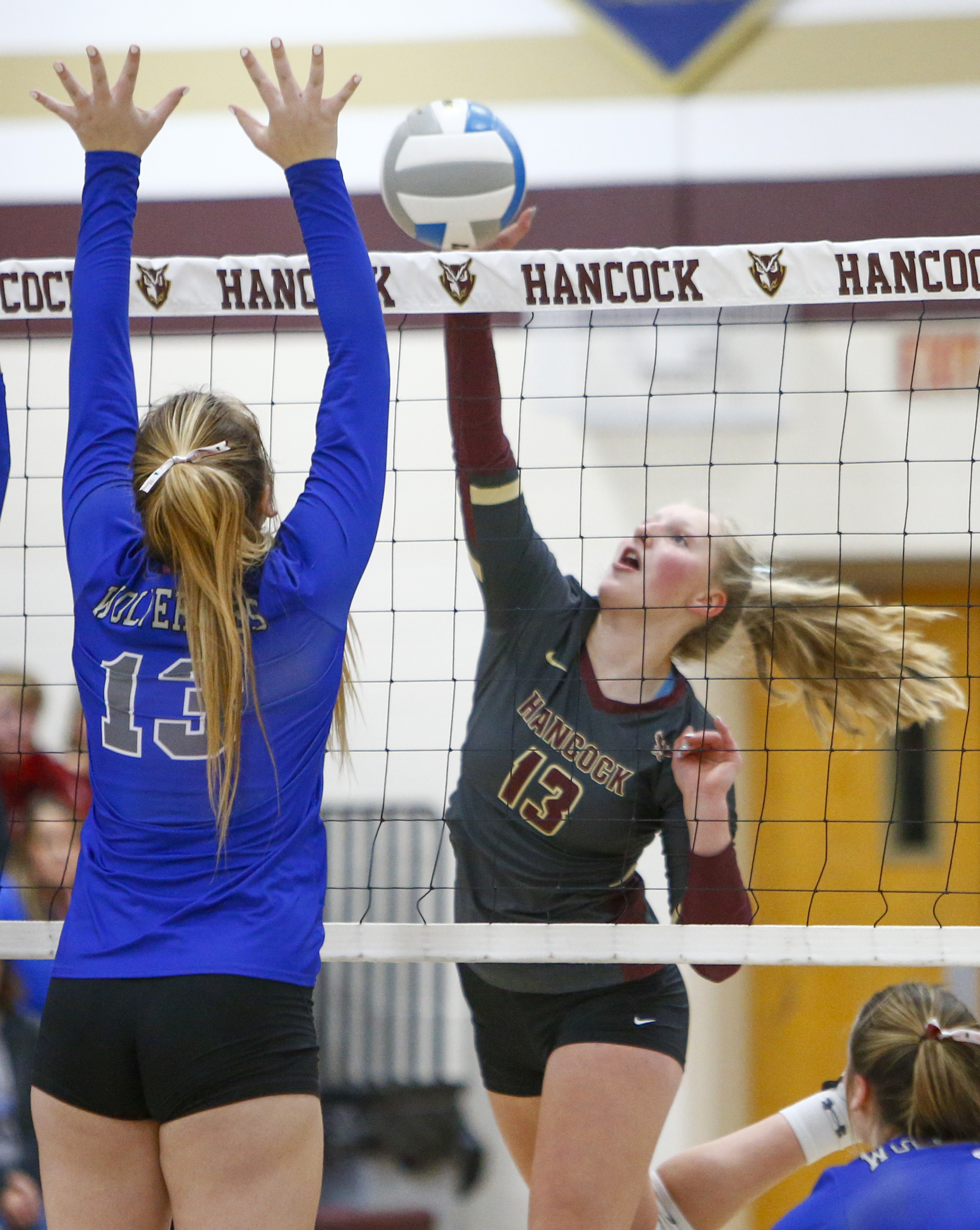 Young Owls ready to bounce back after losing talent to graduation

The Hancock Owl volleyball team lost two of its three all-conference players from the 2021 and will look to build a roster filled with potential in 2022.

Adrianna Bibeau will be the coach for the 2022 season as Alyssa Ukestad was already hired for 2023 and beyond. It’s a unique situation, but as a first-time coach, the one season of coaching will give insight as to if coaching is actually something she enjoys, Bibeau said.

Returning for the Owls is all-conference player Misti Zempel, who returns as a junior this season. She led the Owls defensively last year with 30 blocks in the front row and 161 digs in the back row. The full rotation player had 73 kills and a team-best 92.2 percent serve percentage with 25 aces on the year.

“Misti is an incredibly strong player. She is confident in any position and isn’t afraid to swing hard while still playing smart. She is most definitely a leader on the team even after just a week of practice. I’m excited to see how she does this year,” Bibeau said of Zempel’s leadership role on the team.

Gabi Joos and Cassandra Villela Velez return as the lone seniors of the group this season.

“We have a pretty young team, but there’s nothing wrong with that. All of the girls are athletic and have a lot of potential,” Bibeau said of the youth of the team.

Due to the youth of the roster, Bibeau has been doing a lot of shifting around to find the best chemistry and in hopes to get players to grow into well-rounded volleyball players.

“I’ve been moving a lot of players to positions that they wouldn’t typically play to get them out of their comfort zone,” Bibeau said.

The Owls finished 10-10 overall and got upset in the Section 6A playoffs by No. 6-seeded Clinton-Graceville-Beardsley in 2021.

“My goal this year is to have a record equal to or even better than last year,” Bibeau said.

“I am walking into this blind,” said Bibeau, who is unfamiliar with high school conferences in Minnesota. “I’m excited to see how the girls compete in this new conference and I’m definitely not going to underestimate anyone coming in.”